Swiss Developers Buy Half Acre on Brickell Border for $9M 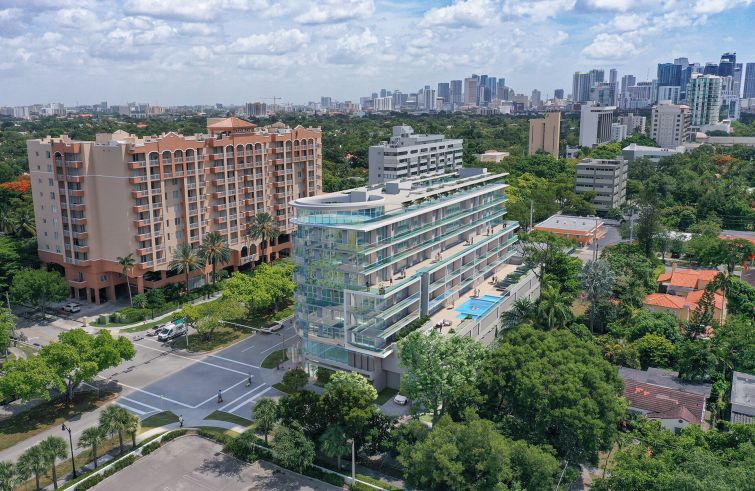 A Swiss real estate firm is planning 85 units of housing at a site in Miami soon to be known as CoralGrove Brickell.

Empira Group acquired the .53-acre site at 3025 SW Third Avenue and 3051 SW Third Avenue from Chile-based developer Ambienta Inmobiliaria for $9 million, according to property records. The land sits on the border of — you guessed it — Miami’s Brickell and Coral Gables neighborhoods.

The move is part of Empira Group’s plan to invest $600 million in U.S. real estate, announced earlier this summer. The company launched the fund with a plan to focus on multifamily assets in the Sunbelt, including in Texas, Arizona and Florida, according to IPE.

Ambienta Inmobiliaria bought the two properties in April 2020 for $5.8 million, and it was not immediately clear how much Empira paid for the site.

Empira Group plans to begin construction on the project in the second half of 2023 and include 900 square feet of retail space. The existing apartment buildings will meet the wrecking ball by the end of this year, according to Empira.

“It is perfectly positioned to capitalize on the influx of high-paying tech and finance jobs moving from New York City, Chicago and San Francisco,” La Cava said in a statement. “Empira’s entrance to the Miami market is a big deal as they look to expand in South Florida and across the U.S.”

Ambienta Inmobiliaria put these plans together prior to the site’s acquisition by Empira Group, which will execute the development.

Renderings of the development show a design by Revuelta Architecture International in line with the Coral Way Beautification Master Plan, according to Empira.

This standard ensures that buildings are designed to blend in with historical elements, invoking a style associated with the French and Spanish architectural traditions found in Haiti and commonly described as French-Creole.