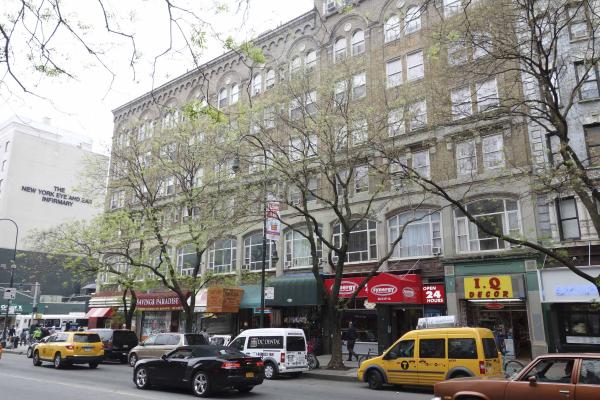 The owner of IG Fit Health Club has sued its landlord for allegedly reneging on a deal for the gym to renew its 10,000-square-foot lease at 242 East 14th Street for five years.

Abdo Fitness Corp., which owns the East Village gym, filed a lawsuit Tuesday in New York County Supreme Court against two entities tied to Stellar Management to force Stellar to extend the health club’s lease until 2027 and cough up the cost of the legal battle.

The gym claimed it would be forced to fire its more than 40 workers if the lease runs out on Oct. 31 and be out the $1 million it poured into the property to install new sprinklers, update the electrical and plumbing systems and level some of the floors, according to the lawsuit.

“Even if Abdo could somehow locate an appropriate space for a new gym facility, and even if it could fund the development of that space, by the time Abdo is ready to open this new facility its clients and staff would be lost, and it would be forced to start from scratch,” the complaint reads. “[The] efforts to deny Abdo the lease extensions to which it is contractually entitled … present an ongoing direct and imminent threat to Abdo’s continued viability.”

Abdo first leased the ground floor and lower level of the seven-story apartment building in 2012. It claimed that a 2018 renewal with Stellar included an option for Abdo to reup its space in 2022, provided the gym notified Stellar and wasn’t behind on rent, according to the lawsuit.

While Abdo did rack up $534,000 in unpaid rent after the pandemic forced the gym to shutter for six months, it claimed it fully paid its bill in September 2021and notified Stellar it would keep the space. But after Abdo and Stellar disputed the gym’s water and real estate tax bill, Stellar allegedly told Abdo earlier this month it couldn’t renew its lease, according to the complaint.

A spokesperson for Stellar, however, said Abdo’s claims were “entirely without merit” and that it has its own lawsuit against Abdo for “nonpayment of rent and multiple other defaults.”

“After the gym closed during the height of the pandemic, we waived a majority of the rent owed to us for the space — just as we did for dozens of our other commercial tenants across the Stellar Management portfolio — conditioned upon the tenant not subsequently defaulting on the lease,” the spokesperson said. “Unfortunately, this tenant has been in near-constant default on the lease for years, including failure to obtain necessary permits for the continued operation of a gym, and simply did not properly exercise the extension option by the applicable deadline in the lease.”

It’s unclear whether IG Fit will reopen and the suit alleged that Kassin Sabbagh Realty (KSR) has already begun advertising the space to potential tenants. Stellar did not respond to a request for comment. Abdo’s lawyer, Rosenfeld & Kaplan’s Tab Rosenfeld, and the KSR brokers declined to comment.

Update: This story has been updated to include a statement from Stellar.