The Biden administration unpacks initiatives on zoning, vouchers and taxes to address an estimated shortfall of nearly four million homes 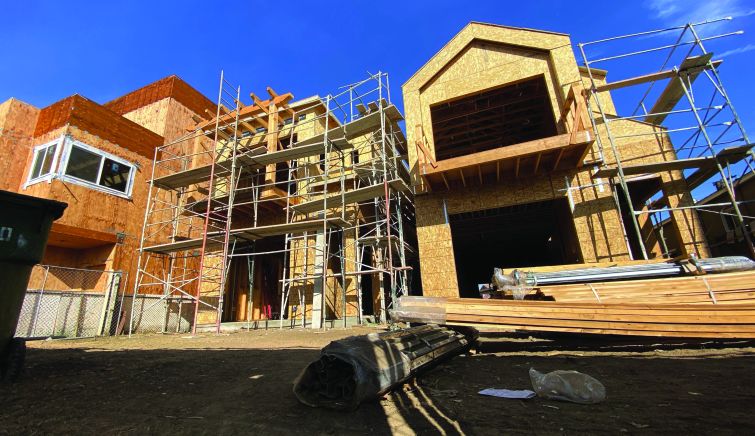 A house under construction in the Los Angeles area. Photo: CHRIS DELMAS/AFP via Getty Images

Miami-Dade County Mayor Daniella Levine Cava didn’t need to be told she was standing at the epicenter of a national housing crisis. South Floridians know what it’s like to be in the midst of a storm.

Decades of nonprofit and civic experience told the recently elected leader that housing costs, already burdensome in a region with lower salaries and aging housing stock, had simply become unprecedented. Pandemic-era hype around relocating to the crypto capital of Miami — and the chance to escape more onerous lockdowns and higher tax burdens — supercharged local rents, which rose 57 percent between March 2020 and March 2022, leading Levine Cava to declare an emergency, unveil a raft of policy proposals, and convene a housing summit in late June.

She announced $100 million in new housing commitments and the goal of getting 18,000 affordable and workforce units in financial closing by 2023, to add to the roughly 14,000 in the pipeline.

“I’m seeing and hearing people suffering,” Levine Cava told Commercial Observer. “Employers are crying they can’t get employees, and this is the No. 1 issue. For us, inflation’s biggest driver is the cost of housing.”

“But you are right,” she said when discussing policy changes. “We do need more federal money.”

Where was the federal government during this trying time? Housing and Urban Development Secretary Marcia Fudge, who on June 28 during a visit to Miami called the city “the epicenter of the housing crisis,” provided lots of advice and encouragement to Levine Cava (who called the secretary, a former mayor with extensive housing experience, “the real deal”). But Fudge, who sent a staff member to attend the housing summit in her stead, wasn’t able to give Levine Cava, and every other mayor facing a similar onslaught of rent increases, what they want: congressional approval of concrete policy changes and the money to pay for vouchers, new construction and other lasting solutions.

“The Biden administration is really kind of pulling on just about every lever they potentially can without congressional approval,” said Erin Burns-Maine, vice president of policy at the New York-based Community Preservation Corporation, a nonprofit financier of affordable housing. “Whether or not that makes a big difference is, of course, another story.”

Secretary Fudge, and the rest of President Joe Biden’s administration, who inherited an already under-supplied housing market exacerbated by COVID, have been unable to convince Congress to sign off on the comprehensive vision they brought with them to the White House.

While the administration continues to exercise executive power to impact issues of zoning, incentives and taxes to expand supply and lower cost, housing experts and analysts say Biden has simply failed to take advantage of a potentially transformative moment of mass mobilization and awareness of housing issues and policy.

“They’ve done a lot of good things, but not the ones that are going to make a significant, visible difference to many people,” said Randy Shaw, a San Francisco-based housing advocate. “I don’t want to create the impression they haven’t been better than a Republican administration. They have been. But we needed more.”

The challenges of construction and increasing housing supply, especially affordable units — from construction labor scarcity and supply chain snarls to the endless red tape and zoning barriers of local bureaucracy — are myriad. Historically, the federal government’s response has been to leave policy questions to local governments while sending the funding to help support new construction or vouchers.

The Biden administration began on a different note, promising not just an array of policy and technical fixes, but also a substantial new era of federal investment. The ambitious Build Back Better Act included making vouchers a fully funded entitlement and investing billions of dollars in housing construction, repairs and environmentally minded retrofits. The flood of rental assistance funding during the early years of the pandemic even provided an object lesson in the power of well-funded federal action. But, like many key portions of the Biden domestic agenda, the realities of a closely divided Senate have severely curtailed that bold vision. West Virginia Sen. Joe Manchin first scuttled negotiations on July 14; then, on July 27, he announced his support of the Inflation Reduction Act, which lacks housing provisions. That suggests any chance of slipping housing policy into a bill this fall may be all but gone.  And, even though housing costs are contributing significantly to inflation, affordable housing isn’t a top national issue for voters going into the midterms.

“The federal government’s ability to really have an impact on the affordable housing crisis is limited by Congress’ willingness to work with the administration to actually accomplish something,” said Rafael Cestero, president and chief executive officer of the Community Preservation Corporation and a former New York City housing commissioner.

The inability to pass Biden’s agenda has been dispriting and deflating to many activists and advocates, Shaw said. The most substantial increase in affordable housing spending in U.S. history evaporated during the worsening housing crisis, after so much energy and effort was put into pushing the policy. Manchin didn’t even appear to have specific issues with the housing parts of the plan.

“At this point, they need to be bolder, because the obvious strategy of increasing funding to Build Back Better isn’t happening,” Shaw said. “It’s simply catastrophic if they don’t get anything.”

The Biden administration’s remaining efforts center on policy, especially zoning changes, as well as some wonkier actions. The government restarted the Federal Financing Bank’s purchase of affordable housing bonds in September 2021, which will help liquidity continue to flow for affordable projects in an environment of rising interest rates.

In May, the administration unveiled its Housing Supply Action Plan, which calls for a mix of zoning incentives, new financing mechanisms, more support for manufactured homes and accessory dwelling units (ADUs), and supply chain support that will help close housing shortfalls in the next five years. Many planks of the plan call for incenting zoning changes — pushing localities to more quickly approve denser housing development — in exchange for getting preferential access to loans and funding, including from the infrastructure bill.

Ayrianne Parks, Enterprise Community Partners’ senior director for public policy, calls it “a bold strategy to address the shortage.” And the carrots in the program do help. But the overall vision lacks the teeth to encourage jurisdictions unfriendly to zoning shifts without either mandatory rules, the ability to outright attach more funding to zoning shifts, or changing grant funding formulas to match these goals — all of which require congressional approval.

To be fair, the federal government has a limited set of housing tools, said Jenny Scheutz, a housing expert, author and senior fellow at Brookings Metro, a think tank.

And there have been many smaller, overlooked moves from the White House. Supply chain improvement efforts accelerated the flow of construction materials. Federal support, including existing programs and guidance, has been important and irreplaceable for Levine Cava and Miami-Dade; for instance, the RAD program, which helps convert public housing units into affordable rental units, will help renovate up to 30,000 units over the next five years in Miami-Dade.

Scheutz also argues the government should do more targeted assistance, which may seem modest but would ultimately provide quick solutions and models for reform. First, Washington should focus more funding on programs to acquire existing buildings to convert into housing, zeroing in on targeted, cheaper and more rapid ways to add supply. Federal officials should also do a much better job of helping cities, especially smaller ones, rewrite zoning codes and provide the expertise and analysis that is often unavailable or prohibitively expensive.

“We really need success stories, places that do this stuff and see results,” she said. “Right now, we don’t have a lot of examples.”

Many argue that any congressional reconciliation bill — a tax-and-spending provision that allows legislators to avoid a filibuster — should expand the housing voucher program and make vouchers universal. (Currently, funding caps mean eligible families can wait for years to qualify.) While it’s not directly related to housing supply, Cestero argues that guaranteeing demand and revenue for affordable housing would improve financing options for new developments.

“Creating supply is going to take a long time, so we need to meet people where they are today,” he said.

Regardless of the results of reconciliation, there’s a handful of legislative proposals floating around Congress and D.C. think tanks in various stages of discussion. These include the Low-Income Housing Tax Credit (LIHTC), a workhorse of affordable construction financing, which expired and which the Biden administration supports renewing and expanding; giving local governments the ability to issue tax-exempt bonds for construction projects if they loosen zoning rules; providing tax credits for training construction workers; converting commercial property into residential units via the Revitalizing Downtown Acts, which includes a 20 percent credit for office conversions; and the Neighborhood Homes Investment Act, which would fund renovations on owner-occupied homes and so-called “missing middle”-style buildings, helping with smaller properties that can’t tap the LIHTC.

These programs, especially as a whole and with congressionally approved funding, could start making a dent. And, as Parks says, “this is a severe shortage and crisis that can’t be denied across the entire country,” hopefully suggesting more bipartisan support for solutions. But without significant investment, even the most well-meaning federal actions will likely make a difference just on the margins, and not address the national housing shortage, now estimated at 3.8 million units.

“We’re still able to produce affordable housing now,” said Cestero. ”The question you always have to ask is, affordable for who? We still have a bunch of people working their butts off making $25,000 a year and can’t afford to live anywhere in this country.”