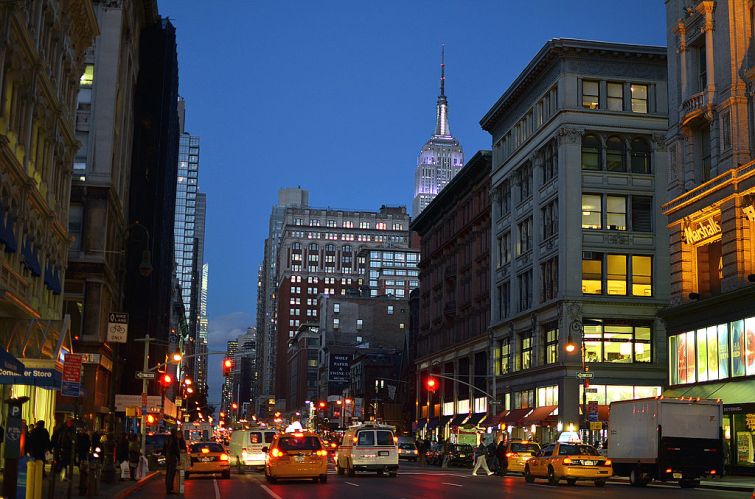 View at night of Avenue of the Americas in Chelsea. Photo: FlickrVision

Gary Barnett’s Extell Development has accused Landsea Homes of attempting to back out of a more than $20 million deal for a retail condominium at Landsea’s 540 Avenue of the Americas and poach the tenant Extelll secured for the space.

Extell wants a judge to force Landsea to sell the retail condo at the building, dubbed Förena, and award Extell at least $5.6 million in damages after it claimed Landsea backed out of the contracted sale and “concocted a scheme” to swipe a mystery bank tenant Extell expected to lease the space to, according to a lawsuit filed Tuesday in New York County Supreme Court.

“[Landsea’s] actions appear to have been motivated by its desire to tortiously interfere with the lease [Extell] had worked hard to negotiate with [the] tenant, in an effort to steal that relationship for itself,” court documents said.

The identity of the ​​“well-capitalized national bank” tenant was not clear, and Extell and Landsea did not immediately respond to requests for comment. Extell claimed in court documents that the lease deal was worth in excess of $20 million.

The suit isn’t Extell’s first involvement in the project. Landsea and co-developer DNA Development bought the site from Extell in 2018 for $52.8 million and tore down a pair of four-story properties to make way for its 12-story condo building. The Morris Adjmi Architects-designed building’s facade was nearing completion in March, but Extell alleged Landsea failed to finish the retail unit before its deal was scheduled to close at the end of June.

After the original closing passed, Landsea allegedly pushed the sale back to July 6 then backed out of the sale, but held on to Extell’s down payment after Extell pointed out that was in breach of contract, according to the complaint. Landsea also asked Extell for the bank tenant’s contact information to allegedly sign the lease itself, according to court documents.

Aside from the retail condo, DNA and Landsea have sold at least 30 of the 50 total luxury apartments for between $1.5 and $4 million a pop, according to property records.