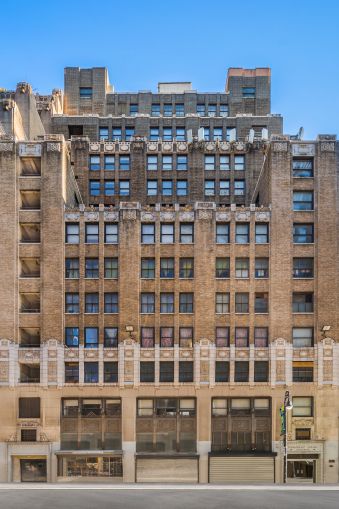 Penn & Fletcher, a company that specializes in custom embroidery, has leased a storefront at 309 West 36th Street in Manhattan’s Garment District.

The studio — which handles embroidery for homes, museums, and film and theater productions — signed a 10-year lease for 3,400 square feet in the building between Eighth and Ninth avenues, according to landlord GFP Real Estate. A spokesperson for GFP declined to provide the asking rent for the ground-floor space.

Penn & Fletcher will relocate from its current home at 2107 41st Avenue in the Dutch Kills section of Long Island City, Queens. Its new space will serve as offices, a showroom and a workshop.

GFP’s Barbara Yagoda represented both the landlord and the tenant in the transaction.

“[Penn & Fletcher’s] new location in the Garment Center will not only help the company be closer to its current clients but will also help the company attract new clients, as they will be conveniently located in the center of Manhattan,” said Yagoda.