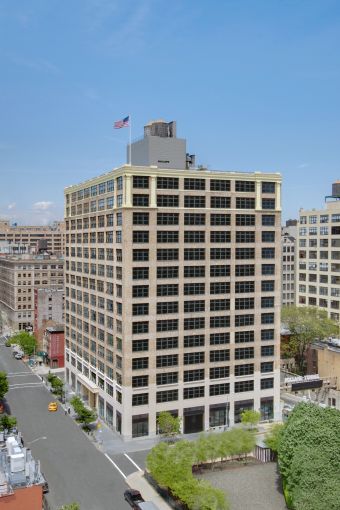 Edelman will stick with its six full floors at 250 Hudson Street for another 15 years, even as other firms, especially in the tech sector, have shrunk their New York City footprints while adopting hybrid work, the New York Post first reported. A representative for the landlord, Jack Resnick & Sons, did not immediately disclose the asking rents in the deal.

“With the nature of office changing, it’s important that we provide a space that people want to come to and are inspired by,” Richard Edelman, CEO of the eponymous firm, said in a statement. “The location and building have helped to attract top talent and inspire our people.”

Edelman first moved into six floors at the property 13 years ago, after the landlord spent $40 million renovating the former printing and manufacturing building between Dominick and Broome streets into a 400,000-square-foot tech hub. The PR firm — which counts brands such as ​​Dove, Ikea, eBay and KFC among its long client roster — last expanded by 27,000 square feet at 250 Hudson Street in 2010.

The 15-story property is also home to Bed Bath & Beyond, Gluckman Tang Architects and TMRW Life Sciences, a company that automates the care of frozen embryos.