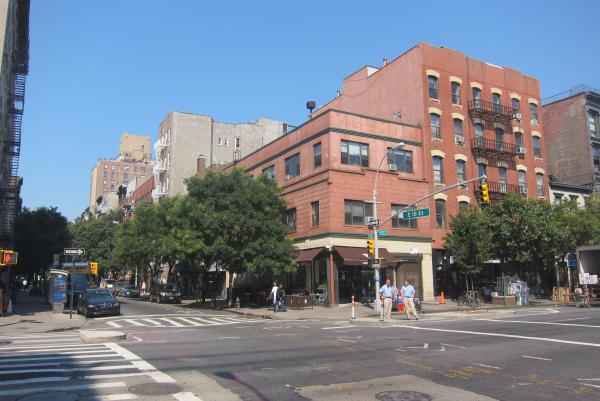 Davean Holdings has picked up three East Village multifamily buildings for $25.5 million from the Halegula family, according to property records made public Monday.

Davean will renovate the buildings at the northwest corner of East 10th Street and First Avenue to increase the rent it can charge for the portfolio’s 15 free-market units, Rosewood Realty Group‘s Ben Khakshoor, who represented the landlord with Aaron Jungreis and Alex Fuchs, said in a statement.

Davean had not filed any permits with the New York City Department of Buildings to renovate the properties as of Monday, but two of the three properties appear to need more than a new coat of paint.

The property at 165 First Avenue has racked up more than $37,000 in fines since 2015 for failing to have fire alarms, sprinklers or accessible fire exits, DOB records show. Citi Urban was also fined $12,500 for installing a boiler system without proper permits at 163 First Avenue in 2018, according to DOB records. Citi Urban hasn’t paid any of the charges, though it’s not necessarily sticking Davean with the bill. If Davean fixes the violations, it can apply to have the fees waived, according to the city.

The deal for the trio of buildings comes a year after Davean bought the apartment complex across the street at 164 First Avenue, along with 11 others in Manhattan and Brooklyn, in another portfolio deal with partner Meadow Partners, The Real Deal reported.

City-Urban officials did not immediately respond to a request for comment.

Update: This story has been updated to indicate that the seller was the Halegua family, not property manager Citi-Urban, and to include the brokers on the deal.