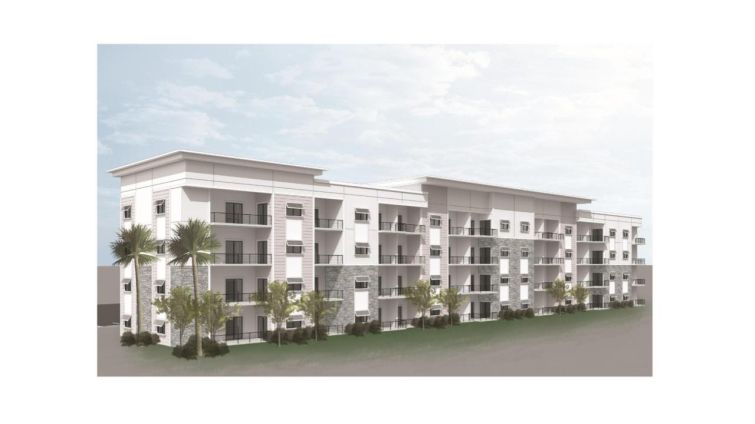 Industry veterans from CIM Group, Slate Property Group and JNS Homes have teamed up to form a new investment firm, and just sealed their first acquisition to boot, Commercial Observer can first report.

Shoreham Capital was founded by Doug Faron, Steve Figari and Nick Zoumas to target value-add opportunities within the multifamily space, as well as ground-up rental developments, adaptive reuse projects and single-family rentals. Previously, Faron was a managing director at CIM; Figari was a managing director at Slate; and Zoumas is the founder and owner of JNS Homes.

The new firm just sealed its very first deal. Together with Bridge Investment Group and Wynkoop Financial, Shoreham closed on the purchase of a 26-acre development site in Cape Coral, Fla., with plans to build a $120 million Class A rental community to be called Siesta Lakes.

“Given our team’s extensive and proven track record in real estate investment and development, we believe Shoreham Capital is well positioned to capitalize on high-growth markets such as Southwest Florida,” Faron said. “We are focusing on opportunities characterized by strong investment fundamentals, and Siesta Lakes is perfectly aligned with that strategy. We are thrilled to announce this acquisition and are excited to grow alongside our partners at Bridge and Wynkoop.”

The partnership acquired the development site — which sits in an opportunity zone — off-market, in an all-cash, direct deal. Having previously housed a failed condo development in 2007, the land came with horizontal improvements already in place as an additional sweetener.

It sits in the heart of Cape Coral — just outside of Fort Myers — and just off Pine Island Road, a major corridor that’s home to national and regional retailers and restaurants.

“The Fort Myers and Cape Coral market has some of the most compelling rent growth in all of Florida,” Faron said. “People talk about Miami and South Florida, but when you look at it from an apples-to-apples basis, projected rent growth in South Florida, in places like Miami, is somewhere between 2.5 and 3.5 percent  on a four- or five-year term, whereas Cape Coral is somewhere between 6 and 9 percent in that same period.”

When completed, the 412-unit Siesta Lakes, at 186-264 Tierra De Paz Loop, will feature private balconies and amenities including a gym, a pool, a dog park, pickleball courts and a business center.

Faron spent nine years at CIM prior to Shoreham’s launch.

“It’s exciting times and very new territory for me, but Shoreham is really the confluence of ideas and thoughts that I, and my partners, have had for a long period of time,” Faron said. “I like the entrepreneurial nature of real estate, and the idea that you can shift from an institutional fund role to hanging out your own shingle and starting your own business.”

Faron met Figari during college and stayed in touch while the two were at CIM and Slate, respectively. The two developed a friendship and had discussed launching a business of their own, honing in on the angle they wanted to pursue.

Figari had spent his career transacting in New York City multifamily. Faron had worked across asset classes and, most recently, was in the process of launching a single-family rentals (SFR) business for CIM, spurred by the vast opportunity in the space, the demographic trends backing it, and the billions of dollars being dedicated to SFR by large fund managers.

“We ultimately felt there was a dearth of great sponsors in the market, and there was room for a lot more growth,” Faron said.

Figari’s best friend growing up was Zoumas, a leading developer of single-family homes and build-to-rent communities in New York and Florida. The three formed Shoreham to leverage the trio’s collective experience in the residential space.

Between them, the founders have 50 years of collective experience, and since Shoreham’s launch have been “drinking from a fire hose,” Faron said.

With a primary focus on the Southeast, the Sun Belt and the East Coast more broadly, the new firm recently opened an office in West Palm Beach.

As such, all three Shoreham founders will soon be located in the Sunshine State, with Figari and Zoumas already there, and Faron relocating shortly from Washington, D.C., with his family. “The lack of winters is a real good pitch when you’re selling your wife and kids on a big change,” he laughed.

Launching a new business in a choppy market isn’t for the faint of heart, but disruption also leads to opportunity.

“We clearly recognize the disruption in the capital markets — we’ve seen 150 basis points of cap rate expansion over the last two months, which is unheard of,” Faron said. “But our eyes are wide open, and we’ve been very focused on the best-in-class locations and markets with great growth stories, because our view is — despite what happens in the next 12, 24 or 36 months — people want options for rental housing, and we want to get behind that trend.”

In addition to the Siesta Lakes project, Shoreham Capital now has six additional projects under contract, totaling 1,000 units,  most of which are in Florida and all of which materialized from the current market disruption. Faron said Shoreham is also in talks with owners and builders who have found themselves over their skis in the for-sale market.

“We’re being very disciplined and not deploying too much too soon,  but we’re already starting to see some dislocation in pricing that we think is interesting,” he said.

With Shoreham’s first acquisition locked down, the founders will now work with Wynkoop and Bridge Investment Group’s capital markets team to line up construction financing as they move closer to the project’s groundbreaking later this year.

David Coelho, chief investment officer for Bridge Investment Group’s opportunity zone program, described Shoreham as being “meticulous in its approach to designing a high-quality project for the community,” adding that Bridge looks forward to “a successful partnership with Shoreham and the city of Cape Coral.”

Cathy Cunningham can be reached at cunningham@commercialobserver.com