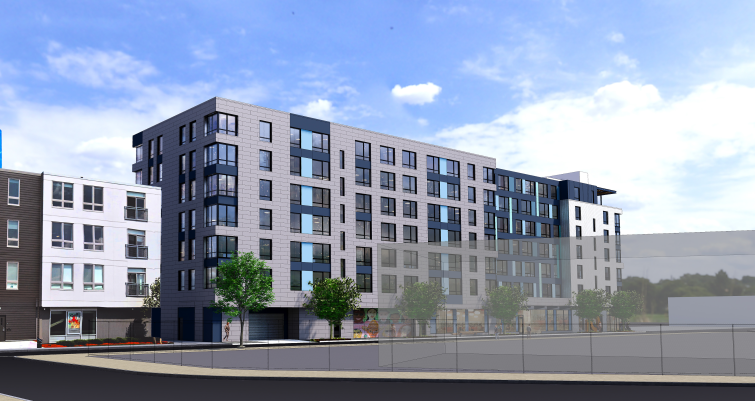 Cambridge Savings Bank(CSB) and Barings teamed up in providing the loan for the 149-unit project in Boston’s Allston neighborhood near Boston Landing. The property at 35 Braintree Street is slated for completion in August 2023.

“The project will add critically needed additional housing, including affordable units, to the Boston Landing neighborhood,” Kevin Teller, senior vice president and commercial real estate loan officer at CSB, said in a statement. “CSB looks forward to working with the teams at Jones Street, Barings and Rise Construction to see this project through to completion.”

Located near Harvard University’s John A. Paulson School of Engineering and Applied Sciences, the planned seven-story building was designed by Cambridge, Mass.-based architecture firm, PCA. It is also walking distance to the MBTA’s Boston Landing Commuter Rail Station on the Worcester Line, which Matt Ranalli, chief investment officer at Jones Street, noted is a major catalyst for multifamily development in the area along with proximity to major universities like Harvard.

“This particular submarket has experienced positive changes over the last five to 10 years,” Ranalli said. “It’s a dynamic market that incorporates Boston, Harvard and MIT.”

Ranali said 17 of the property’s units will be designated as affordable including six that are geared for artists. The affordable apartments for the Boston arts community proved to be an important aspect in the city granting necessary zoning for the project, according to Ranali.

Boston-based Jones Street acquired the property in 2020 in an off-market transaction also sourced by BRA. Since its formation in 2014, Jones Street has acquired or developed over 4,500 units in six states throughout the Northeast.