It's aimed at short-term rental properties, including on Airbnb 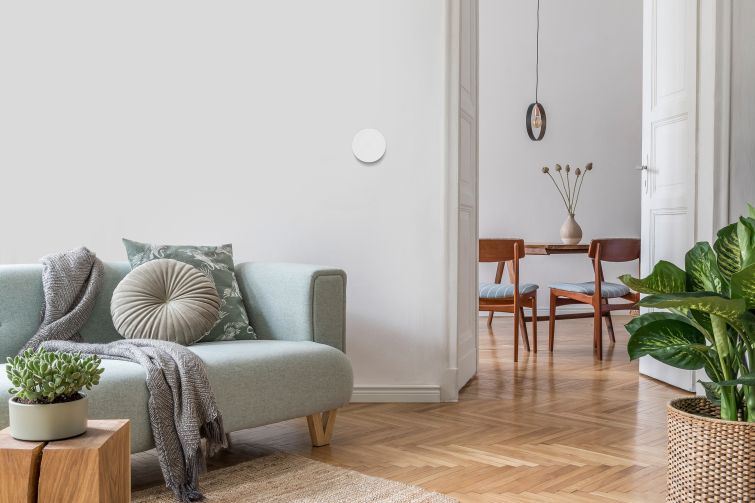 The IAQ product is designed to use light-inference particle-detection and machine-learning technology to detect, identify and warn residential property owners of unwanted sources of indoor smoke and excessive noise, said Ray Wu, CEO and co-founder of Wynd, a San Carlos, Calif.-based maker of AI-powered indoor air-monitoring and purification technologies.

Whatever the type of smoke, “it is a big issue because it stains and creates a lingering smell for the next guests,” Wu said. “It can cause property destruction and a bad review for the next person who might be staying at a hotel or an Airbnb. And there’s a lot of cleaning costs involved.

“We can detect the presence of inhaled smoke, whether it’s coming from cigarettes, vape or marijuana within about a minute or so. We can alert the property manager or the property owner quickly, so that it doesn’t escalate to become a big issue.”

Wynd’s product has the ability to detect smoking, excessive noise and crowding that can help prevent unwanted activities without violating the privacy of short-term renters, said Wu.

“Airbnb is concerned about people having parties,” Wu said. “The reason that’s a problem is because neighbors get involved, they call the cops, and now the city might start banning rental properties. Airbnb actually came out a couple of weeks ago and said there will be no more parties on Airbnb. Pretty stringent.”

A single unwanted incident can cause an average of $4,100 in damages, in addition to costs and complaints associated with delays in accommodating future guests, resulting in negative reviews for owners, according to Wynd.

Founded in 2014, Wynd ran a pilot program with Sentry in 2021 and 2022, placing the sensors in vacation rental properties of participating Airbnb hosts and Vacasa rental owners. The program found that authenticated data regarding a smoking incident reduces insurance claim settlement times, while also increasing the success rate for claims.

The company is looking to market its new product to hospitality groups, hospitals and schools, Wu said.

“We are in conversations with big hotels,” he said. “Nothing is getting announced yet, but we’re definitely going to the big property owners.”

Initially, Wynd is offering the Sentry hardware free with a $10 monthly subscription service, Wu said. “That’s a discounted rate versus the price later this year, when it will probably be closer to $15 a month.”

The idea for Sentry came out of a real-life incident, Wu said.

“We’re in 50,000 homes, a thousand different commercial buildings,” he said. “One of the super hosts who started on the Airbnb platform at the very beginning, he was one of the top 50 hosts, found that there was an excessive amount of smoke coming from one of his properties. It turned out they were actually cooking drugs. So that became the basis for how this whole product got created.”