Why Walker & Dunlop Sees Bright Times Ahead for the BFR Sector

Future Of Capital Markets Coast to Coast, brought to you by Walker & Dunlop 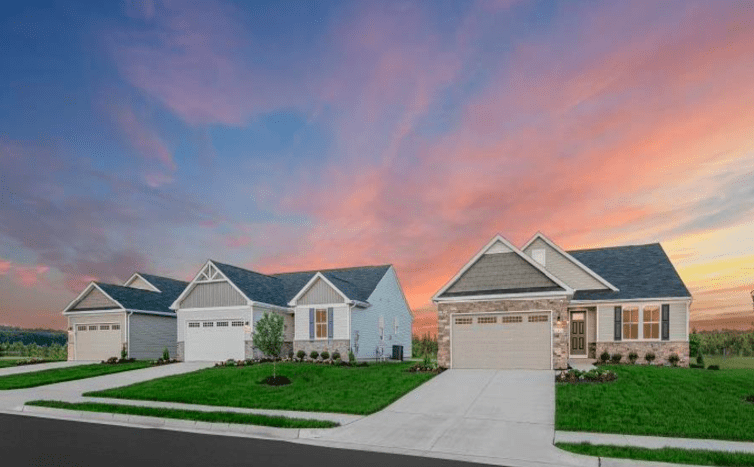 Walker & Dunlop is one of the nation’s top commercial real estate finance companies, with $68 billion in transactions under its belt in 2021. One of the company’s areas of expertise is the emerging single-family rental (SFR) and build-for-rent (BFR) space. To date, Walker & Dunlop, an early adopter, has completed over 100 deals in these sectors totaling $1.8 billion, with another $3.75 billion in the pipeline. Partner Insights sat down with Jim Pierson, Keaton Merrell and Shannon Hersker — managing director, managing director and director, respectively —  from the company’s Phoenix-based, West Coast-focused Capital Markets team to discuss this trend and more.

Commercial Observer: Build-for-Rent (BFR) has proven to be more popular out west. Why is BFR growing in popularity there?

Keaton Merrell: I don’t think it’s just out west, it’s the smile states in general. It includes the Southwest and Southeast, due to the weather, and the relative ease of acquiring land compared to states up north. Our colleagues at Zelman & Associates found that $68 billion has been committed to future communities with high concentrations of BFR in Texas, Florida, the Southeast and Phoenix, which accounts for nearly 20 percent of the pipeline.

CO: Why is BFR such a hot asset class right now?

Jim Pierson: Simply put, buying a house in America has become unaffordable. Fewer people are able to qualify for a mortgage, especially with the recent rate hike to well over 5 percent. Mortgage rates on a 30-year-fixed are up almost 300 basis points from the beginning of the year, when they were around 3 percent, so a mortgage to buy a house just got 40 percent more expensive. This has forced hopeful homebuyers into the rental market. The average BFR renter is 40 years old, and 60 to 70 percent of BFR tenants have children. They don’t want to live in a walk-up apartment, they want to live in a house, with a yard, garage and neighborhood experience. So renting a house versus an apartment has become very appealing to young families.

Shannon Hersker: BFR also has great stability and operational advantages when compared to multifamily. Almost all BFR markets are achieving substantial rent growth, have occupancy rates over 97 percent, and have retention rates of 82.7 percent versus 53.5 percent for multifamily.

CO: What product types are you seeing most commonly that would qualify as BFR?

KM: BFR, by definition, is a contiguous, purpose-built, for-rent community. It has four subsets: horizontal multifamily, single-family-detached, townhouse, and luxury BFR. The product types typically vary by region, as do the unit mixes.

Horizontal multifamily, which looks and feels like an apartment complex, is prevalent in Phoenix. Anything under that category generally has a pool and a clubhouse, and a maintenance staffer on site. It’s generally gated, but they’re just single-story — cottage style. They operate very much like apartment complexes.

SH: In the Southeast, you’re more likely to see single-family-detached or townhomes. These might or might not have an amenity, and they generally don’t have anyone on-site, so payroll is much lower. Then you’ve got luxury BFR such as the $26 million, nonrecourse construction financing we did in in Las Vegas which will feature a private gated entry, walking trails, an elevated common area with a community garden, and a private dog park.

CO: Tell us some more about Walker & Dunlop’s involvement with BFR.

JP: We’ve been in this space since the beginning, long before the industry took notice. We started in 2018, and migration patterns related to the pandemic have only accelerated the popularity of SFR and BFR the past couple of years.  Early on, we formed a dedicated team of experts across Walker & Dunlop that perfectly positions us to capitalize and sell SFR and BFR communities. Our team provides expert guidance on construction, bridge lending, permanent financing, structuring equity and property sales to generate optimal returns and strategic relationships for our clients.

CO: What impacts have you seen on this sector from the pandemic?

KM: The pandemic actually improved the asset class due to the fact that it’s usually suburban — less dense, with no elevators or no shared hallways. Pre-pandemic, 6 percent of people worked from home. Now, 15 percent of people are working exclusively from home, and that number is higher if you include people working hybrid schedules. All this makes living in the suburbs much easier and more desirable than it used to be.

CO: How would you differentiate Walker & Dunlop’s work in this space from your competitors?

JP: Phoenix was one of the earlier entrants into the BFR space, and our team was one of the first to spot its potential. We’ve closed $1.8 billion in BFR deals with another $3.75 billion in the pipeline. We are experts in the asset class, hosting webinars, speaking at industry conferences and authoring white papers. We continue to be ahead of the curve in experience in this nuanced space.

CO: Outside of BFR, you’ve noticed a change in the fate of the hospitality sector of late. Tell us about this.

SH: Hospitality is coming back after a pandemic slowdown. One of our hospitality clients recently shared how he’s killing it on his occupancy and his ADR, even above pre-COVID numbers. In the Phoenix market, there are about five or six hotels under construction or just completed. Also, new brands are popping up to compete with the big names, and they’re doing well. The Crystal Lagoons in Glendale is one, with all the amenities families desire without ever needing to leave the property which supports the “staycation” trend we’re seeing. It’s going to be the largest hotel in Arizona at 1,200 rooms.

CO: What are some deals Walker & Dunlop is directly involved with in this sector right now?

KM: In February of 2020, we were getting ready to fund the first nongaming Caesar’s hotel in the U.S., a 265-room hotel called Caesar’s Republic. It was going to be built at the market-dominant Scottsdale Fashion Square. But with COVID hitting in March of 2020, the project was put on hold, as were most hospitality projects nationwide. With the hospitality market strengthening this year, though, our team was able to procure construction financing this past March, a $76 million loan. The developer plans to expand the Caesar’s Republic brand nationally.