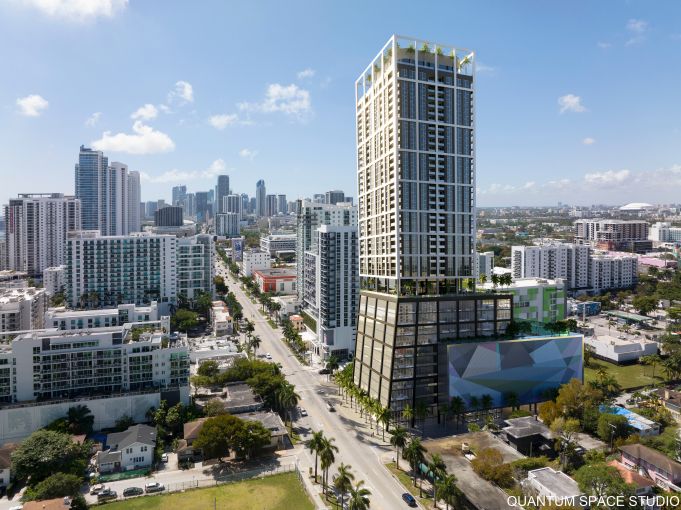 Newmark’s Dustin Stolly and Jordan Roeschlaub arranged the investment, sources said, as part of a broader push into the equity-raising business for the advisory firm. According to a capital markets announcement released by Newmark yesterday — which didn’t name Related as the investor — the 2600 Biscayne total equity capitalization amounted to $110 million, although other sources pegged it at around $30 million.

Project costs for 2600 Biscayne are estimated to total around $325 million, sources told CO.

Plans for the 40-story multifamily and office project were first reported in early July by The Real Deal. Developer Oak Row — previously known as Carpe Real Estate Partners — purchased the 2.1-acre site for $35 million from Bruce Berkowitz’s Fairholme Foundation, according to TRD.

When completed, the development will include 399 residences, 160,000 square feet of office space and 6,500 square feet of retail space. Arquitectonica is the project’s architect, which was also lined up for Fairholme’s previously planned museum at the site.

Oak Row announced the project July 1 along with the company’s rebranding. Since its launch in 2018, it’s grown from one property under management to more than 3 million square feet under development, plus $1 billion dollars of assets under management.

The development is in a prime spot, only one block from a planned Brightline station, with one-third of the office space already pre-leased in anticipation of its completion, according to TRD.

Oak Row is also the firm behind The Oasis, a 72,000-square-foot, mixed-use project in the Wynwood Arts District that’s anchored by Spotify’s South Florida headquarters. The former warehouse was transformed into a 24/7 campus with office space, an entertainment venue with outdoor stages, and an outdoor food hall.

Officials at Oak Row did not respond to requests for comment.