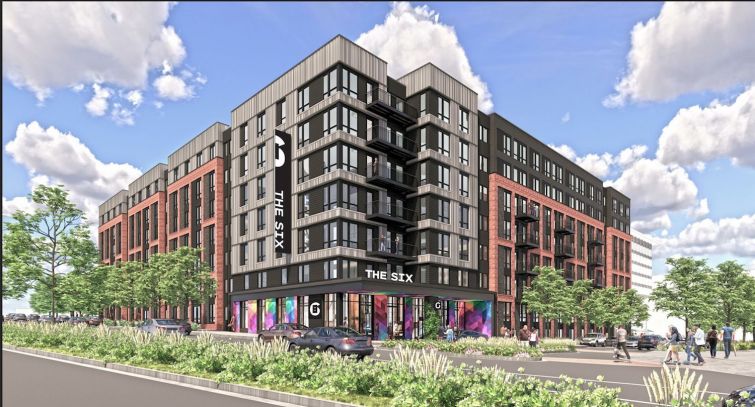 A joint venture between Perseus TDC and its investment partner Griffin Capital has started construction on Residences at The Six, a $110 million multifamily development in Hyattsville, Md.

EagleBank served as the lender for the financing.

Located at 6400 America Boulevard, the development will offer 316 units and have an additional 2,052 square feet of ground-level retail plus a 276-vehicle parking garage.

The development group closed on the land in late June, though it has been collaborating with the seller since late 2019 while the project was being designed and entitled. The price was not disclosed.

At least 75 percent of the units will be affordable for low- and middle- income households, those earning $2,499 a month or less.

“This development provides much needed housing stock in a supply-constrained market in an area that the Metropolitan Washington Council of Governments wants more housing at this price point close to public transit corridors,” Nihar K. Shah, vice president of development for Perseus TDC, told Commercial Observer. “It also injects capital investment to an area that the federal government has designated as an opportunity zone.”

The developers are also paying close attention to the sustainability of the building. According to current plans, it will be Prince George’s County’s first multifamily development designed for National Green Building Standard Gold certification. It will include all native plants and Energy Star appliances, and a minimum of 5 percent of parking will be allocated to electric vehicle charging stations.

Amenities will include a two-level fitness center and yoga studio, a large coworking space, a courtyard and rooftop entertaining area, a dedicated pet spa and a top-floor pool.

“Through thoughtful and sustainable design, we aim to create meaningful ties to the greater community, reinforce an inclusive atmosphere that fosters the creativity and ambition of our future residents, and provide them with ample space to rest and recharge,” Shah said.

Residences at The Six is one mile from the University of Maryland’s main campus and eight Metro stops from Washington, D.C.,’s central business district.

The property is expected to open in the summer of 2024.