May You Buy and Sell Manhattan Buildings in Interesting Times 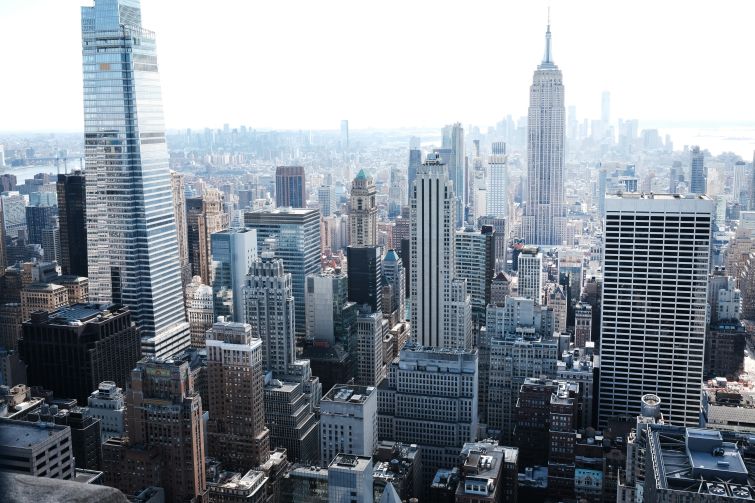 In the second quarter of 2022, the dollar volume of investment sales in the Manhattan submarket dropped from first-quarter totals. However, the number of properties sold increased in the second quarter from the first. This divergence within these two metrics is very indicative of the uncertainty that we are seeing in the market.

This week we will look at the first-half performance within Manhattan along with factors that are likely to impact the market moving forward. As I like to do in this column, providing historical perspective gives some context to the numbers.

If we look at the Manhattan investment sales market as a proxy for the broader New York City market, we see that, for investment sales transactions over $10 million, the peak of the market was clearly in 2015. During that year, there were $57.5 billion in sales and 484 transactions that closed.

Since that peak year, the market has been correcting. This correction started in earnest in the fourth quarter of 2015, and from October of 2015 through February of 2020 the volume of sales fell by approximately 56 percent with values falling only between 10 percent and 12 percent on a blended basis. When COVID hit in March 2020, it converted the mostly volume correction into a value correction, and several property sectors in Manhattan were hit very hard.

In the first quarter of 2021, things started to turn around. When reports for that quarter came out, it was clear that there was upward pressure on residential rents for the first time in many years and condo absorption was trending very positively. This optimism got market participants off the sidelines and back onto the field.

Given that the deals cycle in sales is six to nine months, this new optimism did not tangibly reflect itself until the fourth quarter of 2021. In fact, if we look at dollar volume, 2015’s $57.5 billion in sales dropped to $11.1 billion in 2020. It would have been a reasonable assumption to think that, during the first COVID year, volume would be its lowest. However, annualizing the first three quarters of 2021 would have resulted in an annual total of about $9 billion for the year. Fortunately, we saw $8.6 billion in the fourth quarter of 2021, which saved the year, resulting in an annual total of $15.7 billion.

This robust quarter was followed by another strong quarter in the first three months of 2022. The adjusted first-quarter number was $6.1 billion. In the second quarter, that number dropped by about a third to $4.1 billion.

We have always said that the number of properties sold is more indicative of market activity than dollar volume as very large transactions in Manhattan can skew the dollar volume total significantly.

However, the explanation for dollar volume going down and the number of properties sold going up in the second quarter can be explained by the lack of large office transactions closing in the second quarter and the fact that smaller properties are more liquid in today’s environment than larger ones. This is due, in large part, to interest rate increases that are disproportionately impacting larger transactions and office transactions in particular. This dynamic is tangibly reflected in market movements today.

Moving forward, given recent announcements about inflation, which is running at 9.1 percent, and producer prices, which are increasing at 10.3 percent, the expectation of further increases on interest rates is the consensus among economists. Historically, inflationary environments have exerted more upward pressure on revenue than on expenses and we hope that this cycle plays out as it has in the past.

Clearly, we are in extraordinarily interesting times, and, in the next three to four quarters, we’ll see lots of opportunities for those brave enough to make moves.