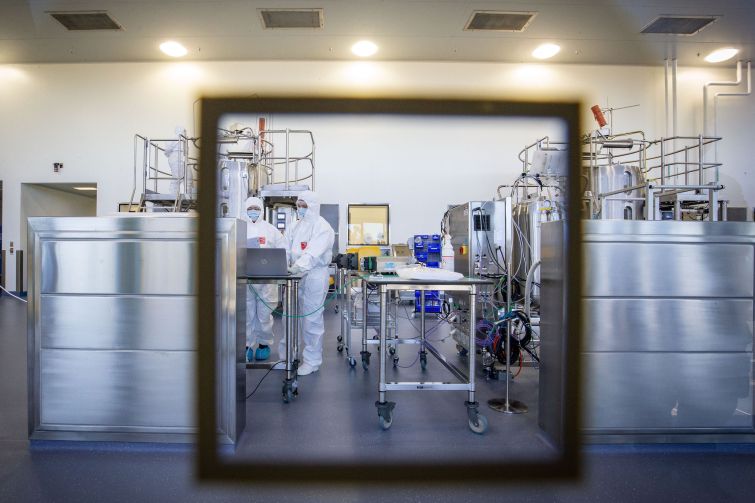 Alexandria Real Estate (ARE), one of the most prominent life sciences REITs in the nation, has reported high leasing activity and increased revenues after the first half of 2022.

Despite significant industry headwinds due to rising interest rates and diminished funding, ARE reported 2.3 million square feet in leases in the second quarter, which marks the third-highest leasing period in the firm’s history. The Pasadena, Calif.-based firm’s operating revenue was 26 percent higher than the previous quarter, and year-to-date revenue was up 27 percent compared to the first half of 2021.

“In this market, our results really stand out in the macroeconomic environment we’re all experiencing; a slowing economy, the weakened consumer, higher interest rates and ranging structural inflation,” Executive Chairman and founder Joel Marcus said on the earnings call.

ARE also reported 95 percent occupancy for its North American properties, as the rental rate increase of 45.4 percent is the second-highest jump in company history. The firm’s pipeline of 7.8 million square feet — including 5.9 million square feet currently under construction — is already 78 percent pre-leased or under letter of intent.

Peter Moglia, who will be ARE’s sole CEO after the retirement this month of Stephen Richardson, said there is upward pressure on construction and material prices, and now labor costs are becoming “a bigger issue than in the past.”

“Interest rates are certainly influencing real estate pricing broadly, and we’ve been told by our investment brokers that they are seeing a 25-basis-point widening on other hot product types such as industrial; so we may see it with lab office assets as well,” Moglia said. “It is certainly reasonable to expect that may happen, but we do believe that the scarcity of well-located Class A lab office assets will help mitigate that.”

He pointed to the 915,000 square feet of leasing in ARE’s pipeline in the second quarter, which came “at a time when people are worried about the product type we invented,” he said. “Because others pretending to be equals are struggling with their tenant base.

“I’m also pleased to report that despite continued volatility in construction costs and supply chain disruptions, our pro forma yields are neutral to slightly improving relative to last quarter, and there have been no adjustments to our delivery timing,” Moglia said.

ARE Vice President Hallie Kuhn said the firm’s roster of more than 1,000 tenants includes multinational pharma, biotechnology companies, and life science products. Seventeen of the top 20 biopharma companies in the nation are ARE tenants, including BMS, Merck and Pfizer.

“This is not to say that investment thesis haven’t shifted … but market resets are ultimately healthy for a sector in the long run as companies are forced to double down in their core strength, and talent is diverted to the most promising applications.”