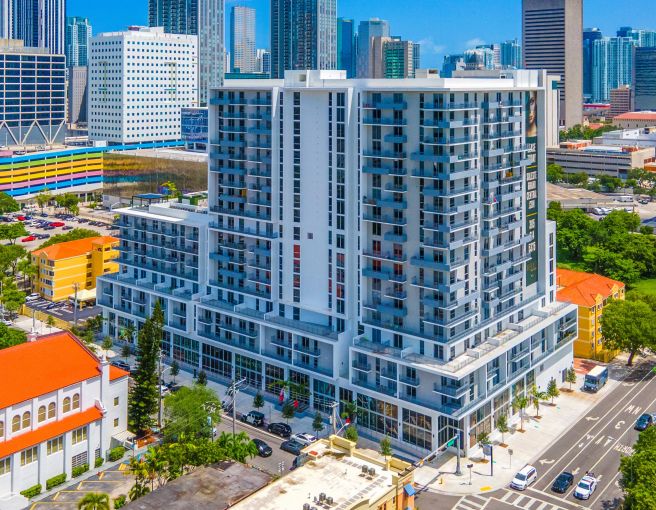 The 19-story luxury building, Soleste Grand Central, features 360 units, a pool, a fitness center and coworking spaces. The sale equates to $502,700 per apartment.

The seller, The Estate Companies, completed the property late last year, which is now 98 percent occupied, according to a representative for Estate. Monthly rents range between $2,139 and $3,960, per Apartment.com.

The Miami-based developer bought the 1-acre lot for $9.5 million and secured a $55 million loan from Bank OZK, both in 2019, according to property records.

During the first half of the 20th century, Overtown was a bustling district, home to much of the city’s Black population. Because of segregationist laws, iconic performers such as Ella Fitzgerald and Aretha Franklin would stay in Overtown when hired for performances in Miami Beach.

The construction of the I-95 through the neighborhood in the 1960s devastated the district, displacing thousands of residents. Today, many parcels sit empty and buildings remain in poor condition.

But amidst Miami’s booming real estate market, and thanks to the neighborhood’s central location, investors have taken notice of Overtown. Following years of litigation with competing developer Don Peebles, Swerdlow Group broke ground last year on a mixed-use development, Sawyers Landing, with Target as a retail anchor.

The Overtown purchase is Avanti’s fourth Florida acquisition this past year, including paying $100 million-plus for properties in Boynton Beach and Doral.