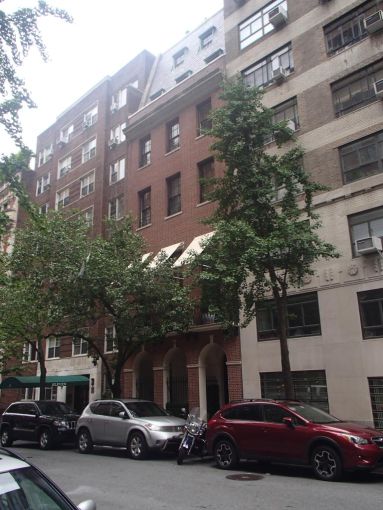 The private boys academy Saint David’s School snagged an Upper East Side townhouse for $26.5 million to expand its classroom and outdoor yard space, according to property records made public Thursday.

Saint David’s bought the eight-bedroom home at 15 East 88th Street from food executive Paul Fribourg and his wife Josabeth Fribourg for $2.4 million less than the $28.8 million asking price the couple hoped to get last year. Equipped with a library, elevator and rooftop terrace, the building will add 12,000 square feet to the kindergarten through eighth grade school’s property and increase its outdoor play space by a third, the school announced when the deal closed May 26.

The school, which boasts former Mayor Rudy Giuliani’s son and John F. Kennedy Jr. as alumni, plans to retrofit the home to include classroom and academic space, though it’s unclear when construction on the property will begin. Saint David’s is considering connecting the Delano & Aldrich-designed building to its other three properties between East 88th and East 89th streets and from Fifth to Madison avenues through an underground music hall, according to the institution’s announcement.

Saint David’s did not immediately respond to a request for comment.

The townhouse is the last of four properties the school has spent more than 60 years acquiring. Saint David’s, which started out with just 12 East 88th Street when it was founded in 1951, snatched up 14 and 16 East 84th Street when it expanded two years later. All four buildings were once known as the Cutting family compound, after aristocrat and financier R. Fulton Cutting, who built the properties from 1919 to 1922, the New York Times reported.

Fribourg and the Corcoran Group, which was representing the sellers last year, did not immediately respond to requests for comment.