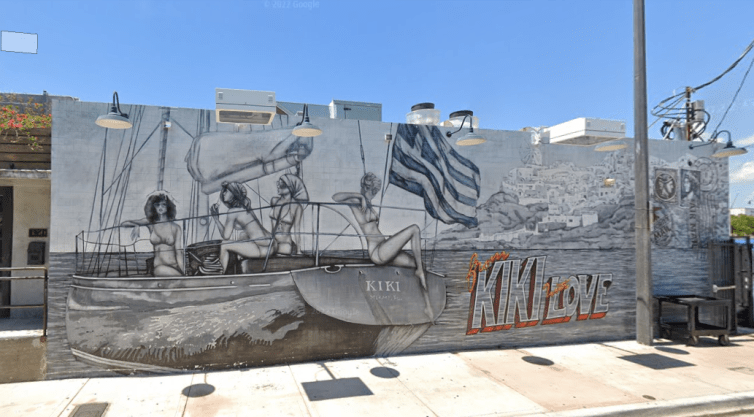 Miami nightclub mogul Roman Jones is expanding his real estate portfolio around his marquee restaurant, Kiki on The River, with plans to open new hospitality concepts and become an office landlord.

Kiki on The River, a clubby Greek restaurant situated along the Miami River at 450 NW North River Drive, is one of the city’s hottest spots. Basketball superstar Lebron James and his Los Angeles Lakers teammates partied there earlier this year after losing to hometown team The Miami Heat. The sunglass-donning Jones is considered a local celebrity in Miami.

“We are bullish on the Miami River neighborhood. It has been a wonderful home for Kiki on The River, and we intend to grow here thoughtfully, while supporting the beauty and ongoing preservation of The Miami River,” Roman told Commercial Observer in a statement.

The first set of deals includes a 6,658-square-foot lease for the waterfront properties between 452 and 456 NW North River Drive, just east of Kiki, according to public documents. Another lease is for a 21,200-square-foot lot, which houses a parking lot, across the street at 445 NW North River Drive. The landlord for all the deals, Lisa Karpawich, could not be reached for comment.

Less than a mile up the road at 528 NW 7th Avenue, Roman paid $20 million for a 27,931-square-foot office building in April, per records. The four-story property more than doubled in value, last trading for $10.2 million in 2017, a year after its completion.

“We plan to introduce new hospitality concepts and some office space in these new locations,” the entrepreneur added. The restaurateur has previously teased plans to open Rio on The River, though he declined to provide additional details about his new hospitality ventures.

Besides his Miami River portfolio, Roman runs establishments across the Magic City, including the Mokai club in Miami Beach, the El Santo restaurant and the Don Diablo taco joint in Little Havana, as well as The Gramercy American brasserie in Coral Gables.