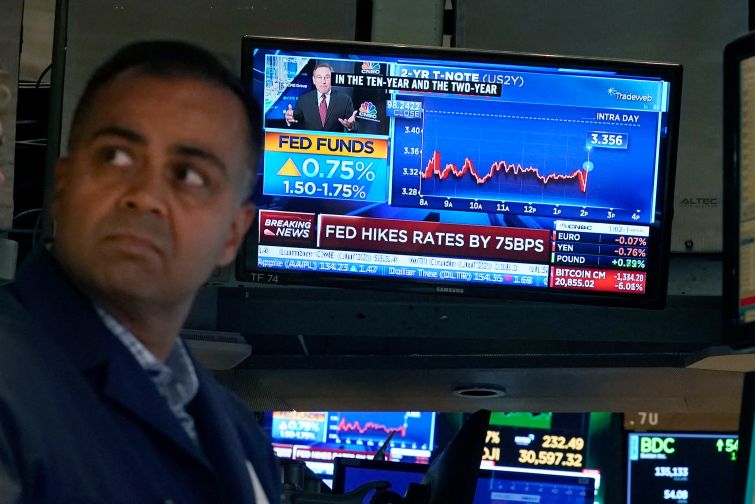 Seasoned real estate professionals tend to be relentlessly optimistic folk, having experienced the cyclical nature of the industry over long periods of time. Even in the face of current inflation spikes, rising interest rates, SPACs cratering, and a looming recession, they favor rose-colored glasses over sackcloth and ashes.

No surprise then that a number of proptech entrepreneurs and venture capitalists, while not blind to the challenges of the U.S. and global economies, are taking a patient view of the macro economics and how they might affect the sector’s ability to raise capital and grow companies.

“Hell no! It’s not time to panic,” said Ashkán Zandieh, chair of the Center for Real Estate Technology & Innovation (CRETI), and a venture capitalist in proptech. “VC’s are investing and flooding the market with earlier rounds of funding. With a handful of SPACs performing poorly, the public equities market may reevaluate investing in companies that should have raised another private round instead of listing.”

“We definitely see less funding and a lot of companies restructuring,” Recchia said. “This is a great time for companies that are truly technology-first. I feel like a lot of proptech has been real estate investment dressed up as technology.

“If you’re able to control your balance sheet risk and you’re truly using VC dollars to build technology, I think a lot of super strong companies are going to build out of this market, because they just can’t fake it,” Recchia added. “You need to be generating value from the get-go and using your VC dollars efficiently. The capital for a good company will be there, but faking growth with negative unit economics or through transacting out of your own balance sheet, which is what some proptech companies are doing, these investors are not going to have the patience for that.”

A lot of VC money has already been deployed and can be used to ride out the storm for a while, said Zach Aarons, co-founder and general partner at MetaProp VC, a leading early-stage proptech venture capital firm.

“There’s been more money raised in 2020 and 2021 to maintain a robust early and late-stage tech startup ecosystem, even if the IPO window doesn’t open up in the next few months,” Aarons said.

However, VCs may have a different point of view, he said.

“I think you have a lot of funds that until they can better understand where the correction is going to land, they’re not really excited to call capital from their LPs,” Aarons said. “Because of that, you are going to see in this part of the cycle the funds that were vintage 2021 and maybe even end of the year vintage ‘20, those funds are going to go back to a deployment schedule that is more in line with the traditional venture capital world, meaning your first three years or your initial deployment period,” versus the accelerated rate of two-year fundings the proptech ecosystem has seen since 2015.

While that is a big difference in the rate of venture capital expenditure, “We’re seeing roughly 25 percent fewer deals, less money, etc, going into the ecosystem,” said Aarons. “That’s a meaningful correction, but it’s not catastrophic.”

Another VC, Nima Wedlake, principal at Thomvest Ventures, a San Francisco-based firm that has a vertical in proptech, still sees a lot of funding runway for startups despite the economic picture.

“From our purview, we’re still quite active looking at new investment opportunities,” Wedlake said. “That is generally the sentiment of other investors I speak with on the venture side, for a couple of reasons. One is that many funds raised new capital over the last two to five years and still have sufficient dry powder to continue investing, even during these more turbulent times. And their mandate is to deploy that capital into a great technology company. So they’re continuing to abide by that.

“The second thing is, I think we’ve entered a period in which the days of very quick investment process, valuations in excess of any public comparable, has slowed, and in some ways, gone away. We’ve transitioned back to a more classic style of venture investing where folks are spending time building a thesis around a category or a specific company, getting to know management teams deeply, aligning around the vision, and then agreeing upon a rational evaluation.”

Maintaining that he is “more than ever extremely bullish” about the proptech sector, Michael Beckerman, CEO of CREtech and CREtech Climate, also sees some clouds on the horizon.

“The proptech sector will not be immune to the larger tech market correction, and, in fact, may be even more impacted because it’s such a young, fragile sector,” Beckerman said. “The impact will be seen in more M&A and consolidation, which is a good thing for the end-users of these tech solutions, as there are simply too many disparate solutions competing for still relatively small market share.

“On the flip side though, early-stage funding remains strong, as the next wave of innovation is emerging in the marketplace led by the contech and climate tech sectors. The temporary slowdown in venture funding in commercial real estate tech that we are experiencing today is therefore a natural and healthy market-pricing adjustment, but it will have no impact on the long-term prospects for this global ecosystem.”

A counterintuitive point of view given the shaky state of the economy comes from Steve Van Till, president and CEO of Brivo, a cloud-based access control proptech company that last November announced a SPAC through Crown PropTech Acquisitions, a deal that valued the company at $808 million.

The SPAC deal is scheduled to close in the third quarter of this year and Van Till is confident that it will be approved by the Securities and Exchange Commission and move forward.

“The timing of when any of these deals close is somewhat unpredictable, because we’re dependent on not only investor behavior, but also on the behavior of the SEC,” Van Till said. “We think we’ve got a pretty short putt as far as the SEC is concerned. We’ve been through two rounds of questions and answers. We’ve got just one outstanding question. So we don’t think that’s going to be a factor. But I always put a question mark when trying to predict government behavior, especially as to keeping with schedules, and so the third quarter is still our best estimate.”

Van Till remains sanguine about the real estate and proptech markets.

“When people have good feelings about the economy and all the signs are pointing up, they’re encouraged to make capital expenditures to improve property, and proptech is one of those kinds of improvements,” he said. “When things are not looking so good, people tend to spend more on the security element of dealing with buildings.

“What we found is that even in, for example, the 2008-2009 recession, and even through the pandemic, when a lot of people were pulling back, we grew through both of those tough economic times,” Van Till said. “So, when I look out at what we’re seeing right now, even with the rate hikes and the inflation, I still have faith [in] that buying behavior.”

John Ensign, president and executive managing director of North America for Cleveland-based MRI Software, a leading real estate open technology platform that includes many proptech startups and other tech companies, doesn’t see any reason for the industry to panic.

“The answer to panic is no, mainly because it never helps anybody do anything and I don’t think we’re quite there yet,” Ensign said. “Plus, I found myself having these same conversations two years ago at the beginning of the pandemic and the answer was still no.

“The economy, like so many other things in life, is cyclical,” he added. “We’ve certainly had a fabulous run in the economy for a lot of years and the fact that we now may be seeing a bit of a downturn for a period of time, that doesn’t mean it’s going to be fun, but it doesn’t mean we’re not coming out the other side either. These things simply change the way that we do business. They don’t prevent us from doing business.”

Given the probable instability of proptech funding during the current period, will MRI Software take advantage of financially weakened but product-strong startups and acquire more proptech companies to add to its platform?

“We’ll continue looking at that as part of our growth model. Obviously, strong organic growth is critical to any company’s success, but acquisition has been and will continue to be part of how we look at growth and serving our clients. So that will absolutely continue.”