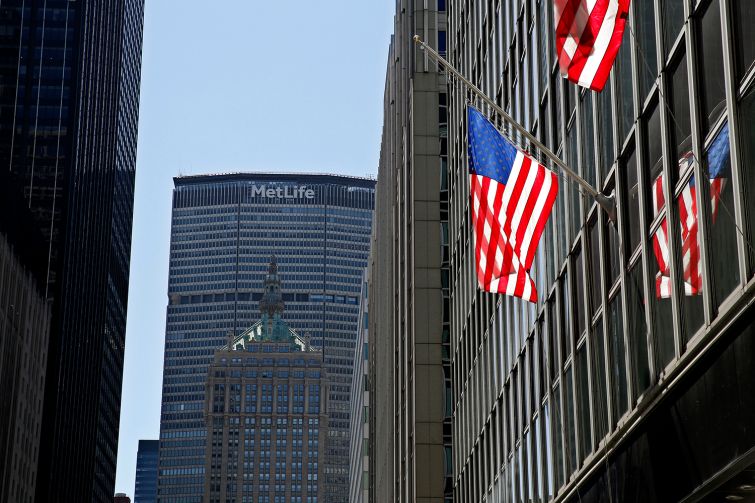 The MetLife Building at 200 Park Avenue is one of the most heavily taxed office properties in America. Photo: John Smith/VIEWpress/Getty Images

The most heavily taxed office buildings in the country are in New York City, with 82 out of 100 properties with the highest tax bills located in Manhattan, according to an analysis compiled by PropertyShark.

The real estate data company found that the most heavily taxed office tower in America was the 1968 General Motors Building at 767 Fifth Avenue, which has an annual tax bill of $75.3 million. Next up is the MetLife Building at 200 Park Avenue, which was constructed in 1963 and paid $60.4 million in taxes last year, according to the report.

A trio of Rockefeller Center office buildings —630 Fifth Avenue, 50 Rockefeller Plaza and 1270 Avenue of the Americas — rank third on the list with one shared tax lot and a $53.8 million tax bill last year.

The top ten highest-paying properties also include The Solow Building at 9 West 57th Street, 1221 and 1345 Avenue of the Americas, Google’s offices at 111 Eighth Avenue and One Vanderbilt.

PropertyShark’s Lucian Alixandrescu noted that newer commercial properties rarely make the list because they tend to get more favorable tax treatment than their predecessors constructed in the early- to mid-20th century.

“The predominance of towers on our list that were built during the city’s second skyscraper boom can be at least partially attributed to tax exemption policies for newer properties, as well as the sheer lower number of them due to the scarcity of developable land,” he wrote.

The most heavily taxed office property outside of New York City is the Willis Tower in Chicago, ranking 12th on the list with a bill of $43 million, followed by Salesforce Tower in San Francisco at number 28.

Salesforce is the most taxed office property in California, at $30.6 million, followed by San Francisco’s Park Tower at Transbay with $16.8 million.

Beyond New York City, the office towers with the biggest tax bills are mostly in Chicago, along with Facebook’s Menlo Park headquarters and two D.C. properties, Constitution Center and Midtown Center.