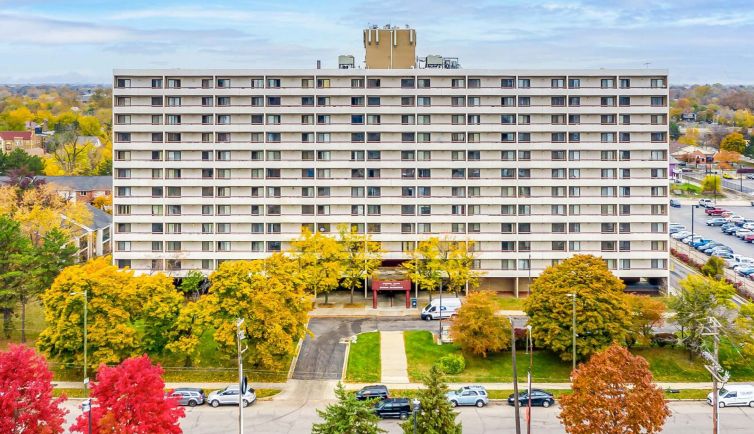 GDC announced Monday a partnership with L+M to acquire and rehabilitate the affordable housing assets, which comprise 1,640 units across 115 buildings. The partnership plans to preserve affordability at all properties in addition to modernizing the buildings and units with interior and exterior enhancements.

“Our mission is centered around ensuring communities have access to safe, high-quality, affordable housing, and we’re proud to extend this commitment to our Michigan portfolio,” Jeffrey Moelis, a managing director at L+M, said in a statement. “Preserving our nation’s affordable housing stock has never been more important, and as we work to rehabilitate each site residents will not only receive improved living environments but will also be assured that their homes will remain affordable.”

Moelis said he looks forward to “working alongside Ginosko to breathe new life into each of these nine properties.”

More than half of all the units in the Michigan portfolio are designated for seniors, while seven of the properties have HUD Section 8 Contracts and two buildings are restricted to households at or below 60 percent of area median income. Rehabilitation plans include renovating kitchens and baths, modernizing amenity spaces, upgrading mechanicals as well as improving the properties’ facades.

The portfolio is made up of Art Center at 5351 Chrysler Drive in Detroit; Birch Park at 300 Birch Park Drive in Saginaw; Charring Square at 6123 Greenwycke Lane in Monroe; Coventry Woods at 3550 Remembrance Road NW in Walker; Greenhouse at 17300 Southfield Freeway in Detroit; Lawrence Park at 7000 East 10 Mile Road in Center Line; Lexington Village at 1310 Pallister Street in Detroit; Lincolnshire Village at 44908 Trail Court in Canton; and Phoenix Place at 47251 Woodward Avenue in Pontiac.

“Preserving affordable housing is a notable pursuit, especially when our nation is facing an affordability crisis. We are honored to finance a part of the solution,” Michael Milazzo, senior vice president, originations at Merchants Capital, said in a statement.

CPC Mortgage is also providing first-mortgage financing through Freddie Mac’s Targeted Affordable Housing platform on a total of seven properties. On four of those properties CPC is providing subordinate debt as a bridge to 4 percent LIHTC re-syndication.

“As a mission-based lender, our goal is always to work with high-quality sponsors who are focused on preserving and expanding access to affordable housing,” John Cannon, president of CPC, said in a statement. Cannon added that the developers and portfolio “aligned seamlessly with both of these goals.”

The acquisition adds to GDC’s 4,350-unit portfolio, of which 97 percent maintains regulatory income and rent restrictions. The Novi, Mich.-based firm was founded in 2002.

“Here you had a minority development company with the creativity and know-how to structure this portfolio located in its own ‘backyard’, coupled with the additional financial wherewithal and collective genius of L+M, CPC, and Merchants,” Amin Irving, founder, president and CEO of GDC, said in a statement. “I truly do believe these deals reflect the heart of economic and collaborative equality.”