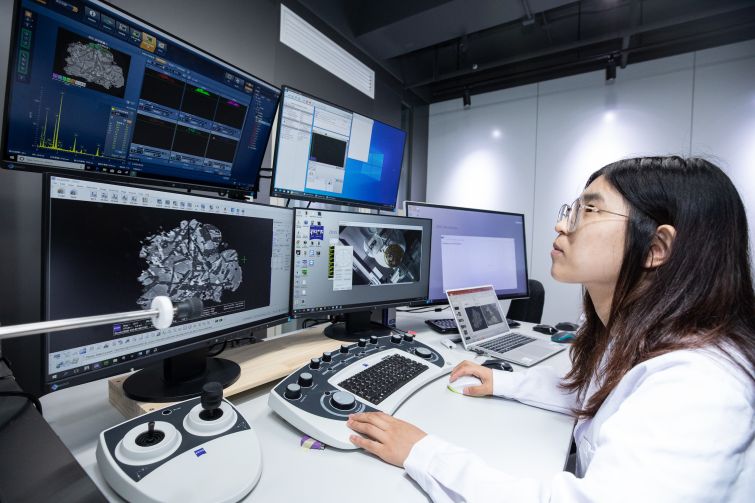 Job growth in life sciences professions expanded by 79 percent since 2001 to roughly 500,000. Photo by Ren Hui/VCG via Getty Images

CBRE has identified the top 25 markets in the country for life sciences talent amid an ongoing surge in bio graduates entering the field, and the list shows that emerging hubs reach far beyond the coastal research markets for which life sciences is mostly known.

The number of U.S. graduates in biological and biomedical sciences almost hit 164,000 in 2020, twice as many as 15 years earlier. Job growth in life sciences professions – from bioengineers and biochemists to microbiologists and data scientists – expanded by 79 percent since 2001 to roughly 500,000, boosting mainstay markets like Boston and San Francisco, as well as emerging hubs like Nashville, Salt Lake City and Houston. For comparison, the overall U.S. job growth rate in that span was 8 percent.

Even with that influx of talent, the unemployment rate for life, physical and social sciences was less than 1 percent as of April, CBRE said.

“There are millions of square feet of demand beyond the current supply, vacancy rates are at an all-time low, and hiring continues to surge,” said Matt Gardner, CBRE Americas life sciences leader. “If you just look at [the number of current clinical trials], the number of products in the pipeline are larger or wider than the industry has ever had before. … So this rung that the industry has been on for the past five years has resulted in a tremendous uptick in new products and development.”

Boston leads the list of the top eight markets, followed by the Washington, D.C.-Baltimore area. Rounding out the list are the San Francisco Bay Area; New York and New Jersey; San Diego; Raleigh-Durham, N.C.; Los Angeles and Orange County; and Philadelphia. Rankings are based on the number of life sciences jobs and graduates; life sciences’ share of each market’s overall job and graduate pool; the number of doctorate degrees in life sciences; and its concentration of jobs in the broader professional, scientific and technical services professions.

“All of this growth is continuing to put intense pressure across commercial real estate,” CBRE’s Ian Anderson said. “We are at the lowest vacancy rate on record for lab R&D properties in the U.S.”

Tommy Cleaver, executive vice president with CBRE, told Commercial Observer that the life sciences industry in Washington, D.C., and Baltimore hinges on the nation’s highest share of people employed in professional, scientific and technical services at 15.4 percent, as well as one of the highest Ph.D. populations.

“Only Boston-Cambridge, San Francisco Bay Area and Raleigh-Durham have comparable concentrations,” Cleaver said. “Washington, D.C./Baltimore is one of only four markets with greater than 25,000 scientists and has more biological scientists and microbiologists than any other market in the country.”

“Our region is one of the strongest in the country, as evidenced by recent acquisitions by a number of top sponsors including Boston Properties, Beacon Capital Partners, Principal, Oxford, Longfellow, Trammell Crow, among others, which will introduce badly needed supply to a marketplace with a sub-1 percent vacancy rate,” he said. “ The market is poised for significant growth.”

The New York and New Jersey market had the most annual graduates in biological and biomedical sciences on the list, with over 2,000 more new degrees than the runner-up market of Los Angeles and Orange County. According to CBRE, New York and New Jersey issued 9.8 percent of all biological and biomedical sciences Ph.D.s, the highest of any market in the country. Moreover, New York/New Jersey received $3.4 billion in NIH funding, the largest commitment to any market in the U.S. in 2021.

“The New York/New Jersey region boasts some of the best research talent in the nation, produced by renowned educational institutions,” CBRE’s Joesph DeRosa said in a statement. “We have more chemists in New York/New Jersey than any other market in the country, as well as one of the highest number of Ph.D.s.”

“The amount of innovation that is occurring continues to be remarkable,” he said. “There has been a pullback in funding and equity markets. But the number of investors seeking deals is still at a record high. … It’s hard to find a metropolitan area that doesn’t want to participate in this revolution at this point.”