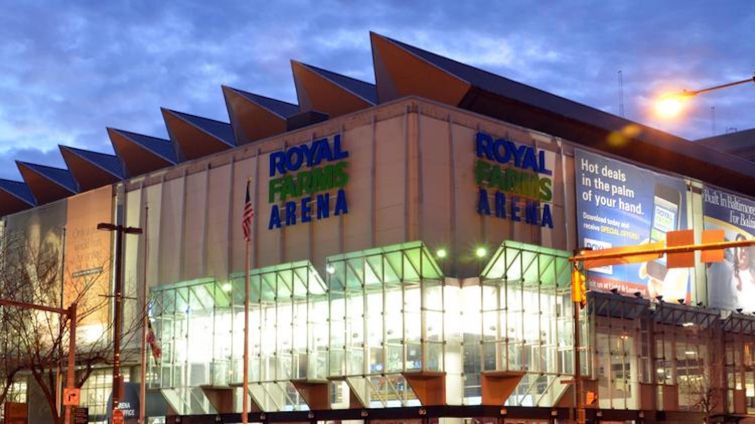 The old Baltimore Arena is getting a $200 million renovation. Photo: OVG

The renovated Baltimore Arena is slated to be a top-tier venue that will attract major events and increase economic activity in Baltimore.

“Harbor has served the greater Baltimore area for over 40 years, and this project will be a catalyst in the reactivation of that portion of downtown,” Brandon Comer, co-founder of The National Black Bank Foundation, told Commercial Observer.

OVG, in partnership with The Baltimore Development Corporation and Thirty Five Ventures, co-founded by NBA great Kevin Durant and sports manager Rich Kleiman, are planning to rejuvenate the 60-year-old arena into a state-of-the-art venue that will serve as an anchor on downtown’s west side.

“Deals like this are important to banks like Harbor, as it allows the institution to diversify its portfolio while fulfilling its mission to uplift the communities it serves and building relationships with large corporate partners,” Comer said.

“As a local bank headquartered steps away from the Arena, we are delighted to participate in this transaction and appreciate the importance of continued targeted investment in downtown Baltimore,” John Lewis, president, the Harbor Bank of Maryland, said in a prepared statement. Clark Construction Group is handling the renovations.

Habor’s participation will diversify the bank’s portfolio while raising its capital cushion through fees generated by the loan and interest income on the property, the bank said, noting the expanded capital capacity will allow it to underwrite new home and small business loans to local families who struggle to obtain approval from major commercial banks.

“It’s important to [us] that we continue to find equitable ways to fund our projects with diverse partners from the communities we do business in,” Francesca Bodie, president of business development for OVG, said. “It’s our hope this level of economic engagement helps further close the racial wealth gap while strengthening, supporting and building up the community so there are greater opportunities for all.”