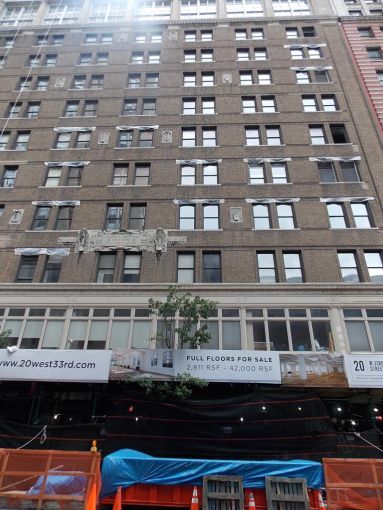 A pair of office condos at 60 Guilders and The Carlyle Group’s 20 West 33rd Street sold for $25 million to two different buyers, Commercial Observer has learned.

Empire State LLC bought the 11th floor in the Midtown South building, while an entity tied to home furnishing company JLA Home picked up a duplex on the 12th and 13th floor of the 13-story property, according to a source with knowledge of the deal. The three floors total about 30,000 square feet, according to PropertyShark.

The 11th floor is currently vacant while the penthouse duplex is occupied by apparel company Q4 Designs, which works with brands like Steve Madden and DKNY, according to its website.

The deal marks the second time JLA bought office condos at 20 West 33rd. JLA — which sells its wares in stores including Macy’s — bought four other full-floor condos in the building for $35 million in 2020, The Real Deal reported.

Carlyle and 60 Guilders bought 20 West 33rd along with the neighboring 18 West 33rd Street for $111 million in 2015 and converted them into a 21-unit office condo property, TRD reported. HUBB NYC Properties bought five retail condos in 2017 for $24 million, TRD reported.

The recent sales leave only a single, half-floor unit available in the building, Polsinelli said.

“This sale is a reminder to end-user and investor participants in the Midtown office market that this is a uniquely opportune time to be buying office space,” Polsinelli said in a statement. “Office condominiums are an intelligent asset class and a hedge against inflation, as compared to other investment vehicles.”

JLA did not immediately respond to a request for comment and a representative for Empire State LLC could not be reached for comment.