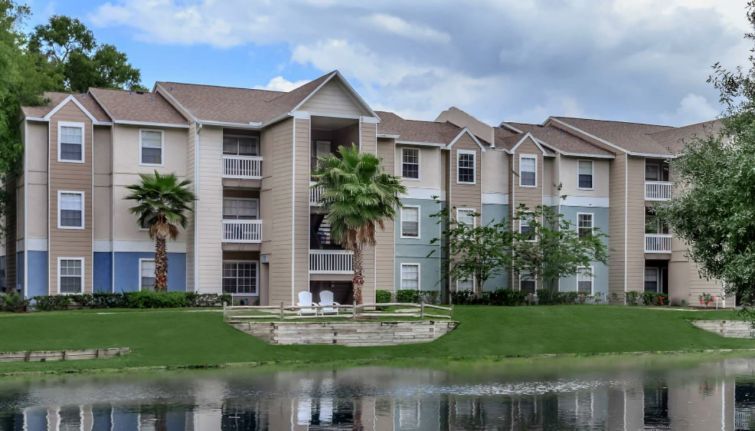 Dasmen Residential closed the deal to buy 17 buildings with 384 apartments at 4939 East Busch Boulevard from JSB Capital Group. The complex was built in 1986 and renovated in 2018, according to Rosewood Realty, which brokered the deal on behalf of both parties.

A breakdown of the price shows that Dasmen, which could not be reached for comment, paid $182,292 per unit at a cap rate of 3.6 percent, according to Rosewood.

“This is the fifth deal we did in Tampa recently,” Rosewood CEO Aaron Jungreis said in a statement. “The property has significant upside, is in a great location and helps feed the beast that we have recently created in the national market.”

The garden-style apartment complex spans 287,088 square feet and comes with amenities such as a beer garden, a clubhouse, a pool, a fitness center and 564 parking spots. JSB Capital, which did not immediately respond to a request for comment, apparently was not the owner that completed these renovations.

A joint venture between The Michaelson Group and GMF Capital bought the complex for $43.2 million in March 2019 from Aspen Square, according to a report from GlobeSt. The most recent Hillsborough County property records show that the owner is still listed under GMF Capital. Rosewood Realty confirmed that GMF Capital changed its name to JSB since the property was acquired, while Michaelson Group left the JV along the way leaving JSB as the only seller.

Aside from this recent sale, JSB Capital has been expanding its Florida portfolio with the December 2019 purchase of the Landmark South apartments in Doral at 6075 Northwest 105th Court, which it acquired for $255 million from an affiliate of AECOM-Canyon Partners, Commercial Observer reported at the time.

In March, JSB Capital formed a joint venture with Fort Lauderdale-based BLD Group and broke ground on the Wildwood Apartments, a garden-style community in Wildwood, Fla. which will have 336 homes upon completion, according to a press release.