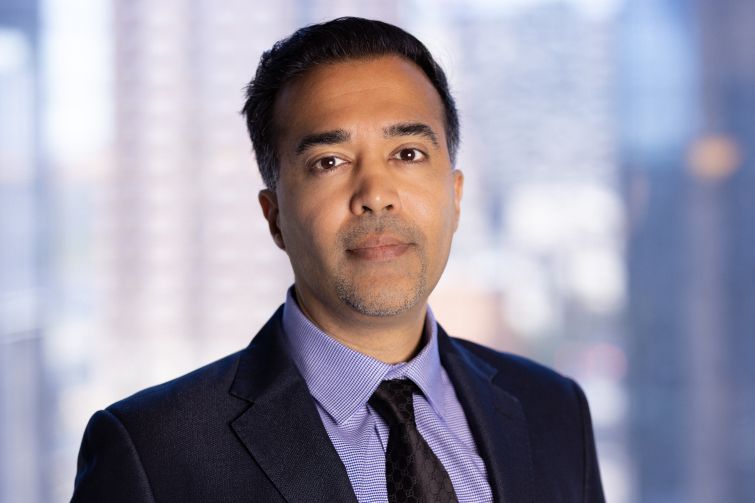 Venture capital invested $12.2 billion into real estate companies last year, a 34 percent surge over 2019’s number, according to private company data tracker CB Insights. One real estate investment manager tapped into that VC capital, capitalizing itself by raising a $15 million Series A round.

Palladius Capital Management is a minority-owned real estate investment manager. Since its launch in July, the firm has acquired $500 million in assets with a growing pipeline. Commercial Observer talked with Nitin Chexal, CEO of Palladius, about the company’s vision, strategy and workforce diversity.

Nitin Chexal: We launched Palladius in July of 2021. When we launched it we thought a lot about alignment, which is really important with our investment partners and team. We wanted to  devise a structure that would allow us to scale rapidly but also in a manner that was controlled and thoughtful. Our team comes from Wall Street, I’m an ex-JPMorgan and Marathon guy, my colleague Manish is an ex-Morgan Stanley and Bear Stearns guy. A lot of our other teammates spent the first 10 years of their career on Wall Street and then moved to the operating side of the business. Over the last seven or eight years, we’ve been acquiring assets on a deal-by-deal basis. We raised a Series A round of capital, and that was $15 million to run the enterprise.

A lot of emerging managers are funding their organization on a deal-by-deal basis. They’re taking the fees on the front end in order to cover the overhead of the organization. In many instances, they may take  unnecessary risk because they have to continuously feed the enterprise with fees. The right way to do this is to raise some capital upfront in a Series A, to be able to build the organization, hire the best-in-class team, fund overhead expenses and initial deposits if we need to on the initial acquisitions until we have downstream vehicles from the investment manager that are set up. What that’s allowed us to do is that in exchange for giving up some equity in the organization to some capital partners, it allowed us to hire a best-in-class team. Since July, we’ve hired 11 people, and it allowed us to fund overhead expenses and to be much more thoughtful and strategic about the acquisitions we make because we’re not under pressure to force money out. So we can be much more surgical about the initial acquisitions we make. So since July, we have acquired and are having contracts worth about half a billion dollars. That Series A allowed us to be thoughtful and smart about building robust infrastructure.

What sets Palladius apart from its competitors?

There are things that we believe are important for an organization out the gate to be able to scale rapidly, which we’ve done in terms of capital deployment, but also have the robust infrastructure internally, to be able to grow alongside that growth. The importance of that Series A round has been critical. We also set up a subscription line alongside Series A, which is structured like equity for the purposes of property-level lenders. So bridge lenders and agency lenders will look at that and say, “You guys have that line available to you to deploy. That line can be pulled into a fund vehicle or a joint venture or in whatever vehicle we want.” It says a very sizable number as well. And we can then raise capital for the downstream funds. So, for example, Palladius Real Estate Fund One is a multifamily and student housing or residential multifamily vehicle. We’re able to pull that line into the fund to use it to make acquisitions and it’s treated like equity. So if we buy an asset, an agency lender or a bridge lender will look at it and say, “That’s equity.” And then we can be raising capital for that fund vehicle either in advance of or simultaneous to the acquisition or post-acquisition. And then that new money that comes into the fund or the SMA goes and will repay that line back, so we can continue to redeploy it like a revolver. So really there are two components to our structure that have allowed us to be thoughtful about growth: the Series A and the convertible subscription line. [Both] allowed us to make acquisitions in multifamily and student housing and industry. We plan to add a hospitality vertical later this year. We have had a lot of flexibility in terms of our design. And that has allowed us to scale intelligently in our growth, with the goal of wanting to be a mini-Blackstone over the next 10 years, and invest across all property types and risk spectrum throughout the capital structure.

We’re about to launch our Core Plus vehicle, which will be an evergreen structure. And we’re also beginning to make preferred equity investments. We eventually will have debt vehicles as well. In the short term, we are making investments that are in a less risky position in the capital structure, like preferred equity in particular, for ground-up developments in multifamily. We don’t want to be the equity on some of this value-add because it might be too risky, or the markets too frothy. And we don’t necessarily want to take the development risk today. But we’re more than happy to play in the preferred equity or mezzanine position.

What is your strategy?

Our mantra or our discipline is we never overleverage, never overpay, and focus on the details. That is truly how we will continue to generate alpha on behalf of our investment partners, and regardless of the property type and where we are in the risk spectrum and capital structure. We understand how to navigate turbulent waters when they arise, whether it’s in your control or not, like what’s happening with Russia and Ukraine. If you haven’t overlevered or overpaid and you have a really good operating margin in your investment, you can survive. At Palladius, we are very data-driven as operators, so we look at information coming off the property on a daily basis, [we look at] both revenue and expenses, probably about 30 points of data that come off the asset daily. We pull data from the properties daily, we talk to the properties weekly, and we are typically on-site at least once a week for the first 18 months of any value-add execution. We have the ability to pivot on execution plans in real time because we look at that data coming in. When I say data coming in, in our view, it’s a combination of both human as well as data together that really makes a difference. If the human team doesn’t know how to take that data and then adjust what’s happening operationally at the property, the data is useless.

What is it like to be one of the first to raise Series A?

I haven’t seen anybody else raise Series A. It’s possible that there are others out there. We looked at this from the perspective of how do we develop alignment? What have other industries like technology done in terms of how they raise capital? And how can we take some of those best practices and apply them to real estate? Certainly, everyone’s embracing things like data and proptech. And we embrace those two, but how do we take traditional real estate capital structures, as well as other industry best practices like a Series A from technology? How do we marry that together in terms of developing an investment manager that has a capital structure that’s designed for rapid but intelligent scale? It’s not just about “Let’s go buy as much as we can.” It’s about “Let’s buy what we think is the right thing to buy rapidly,” but also ensuring that we have the capital to build infrastructure out the gate.

Tell us about one of your successful deals?

We believed two things were happening in Austin, Texas. I grew up in Silicon Valley and was aware of a quiet but rapidly growing tech footprint in Austin, with a startup ecosystem that was vibrant and thriving. City officials indicated in the early 2010s that they were interested in building population density and were getting comfortable with building verticality downtown. This was similar to a trend we saw in Chicago in the late ’90s / early 2000s when the City of Chicago was trying to increase population density in their own downtown. To me, Austin became the most interesting place in the country to invest at that time. And to institutional capital, I would say, “Hey, we’re investing in Austin, Texas.” And they would say, “Why would you ever want to invest in Austin?” and it was a challenge to get people to want to come here. But we did tremendously well in this market. We bought over a million square feet of student housing across 100 acres aggregated, and then we completed the largest rezoning the City of Austin’s ever done on top of that, so we value-added all the products we bought. And then we completed a rezone where we took it from a million square feet to 9 million square feet of new development and then sold that off to two institutional developers in between 2018 and 2020.

We want to hire the best people that we can identify for the roles that we have. So whether they are a minority or not, a man or a woman, we want to hire the best person for the role that’s available. Certainly, I think that what’s important about DEI is that we open the opportunity to everybody. We don’t want to be closed-minded in any way about who we hire. I grew up in Silicon Valley. My mother was a microchip designer in what I would describe as a primarily male-dominated field. She worked at companies like Intel, Sun and Advanced Micro Devices. In almost every instance, she was the only woman or one of the very few women on her teams. I had a great deal of admiration for her because she was so successful in a male-dominated field. My wife today is a retina surgeon, and that field is dominated by men. I have a tremendous amount of admiration for her as well, because she has been very successful in what I would describe as a very male-dominated field. So when we look at our team today, diversity and inclusion are important. That doesn’t mean that we’re only going to hire this person or that person, but the role needs to be open to everybody. And we want to make sure that our team hires the right person for the right role. And we have a number of women on our team, and real estate historically has been a very male-dominated industry, and we want everyone to feel included.