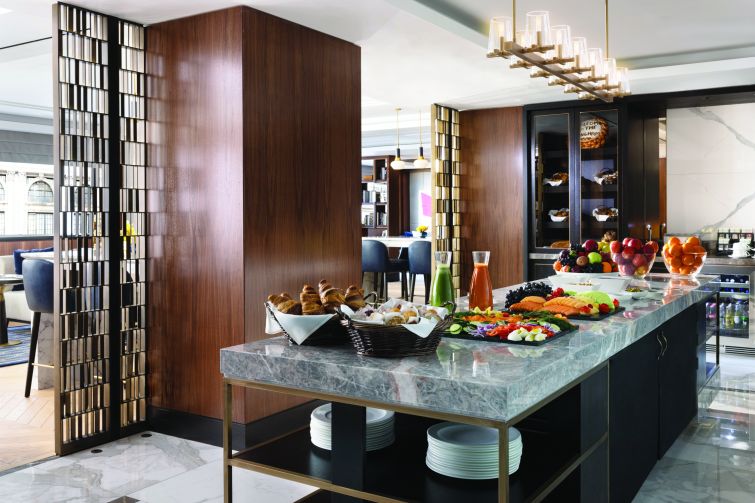 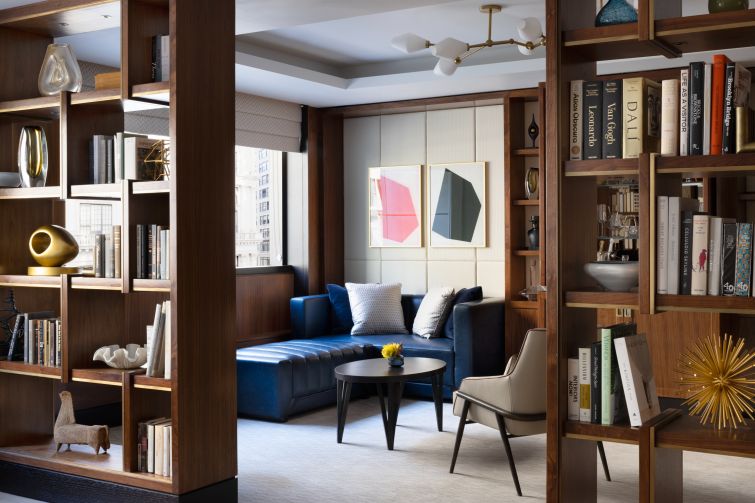 MIDTOWN LUXURY: The Langham hotel on Fifth Avenue converted administrative space into a 2,500-square-foot lounge and bar with food service that guests can pay an additional fee to access. The midcentury modern-inspired space also has a kitchen with a marble-topped bar where guests can find a hot and cold buffet every morning, as well as an omelet station with a chef. tacitelli 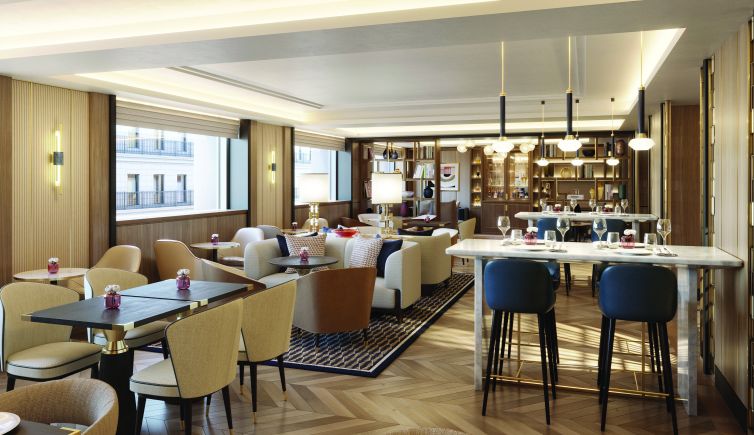 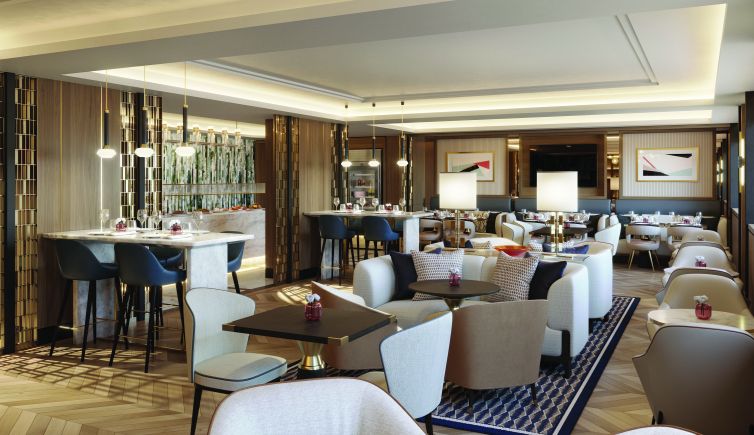 Bringing tourists back to New York City hotels hasn’t been easy during the pandemic. But one Midtown South hotel decided to add a 2,500-square-foot restaurant and lounge to one of its upper floors — for which guests can pay extra — and is now renting about 80 percent of its rooms.

The Langham, a luxury hotel at 400 Fifth Avenue in Midtown South, converted a portion of its fourth-floor office space into the Langham Club, a bar and lounge that offers a limited food menu throughout the day. Hotel guests can pay $150 to $175 a day for each adult (depending on the time of year) to get access to the club, and $75 a day for children ages 10 to 17. Kids under 10 get free access.

Work on the club started in September 2021 and finished in February, just in time for the beginning of New York City’s gradual tourism recovery.

“The whole goal is to create a place of escape for people who want to stay in the city for three or four days,” said Richard Bussiere, a managing director at the Langham. “It’s like being able to go from your guest room to a very luxurious living room.”

When guests get off the elevator on the fourth floor “you enter this haven of comfort,” Bussiere said. “You’re looking at a wall that invites you to this club, with dark wood, brass signage. You enter this space that’s totally unexpected.”

Harry Allnatt, a designer at Richmond International, said the aesthetic of the space was inspired by the Langham’s exterior, the hotel’s guest rooms and the surrounding neighborhood.

“The forms are inspired by the facade,” said Allnatt. “It’s all very geometric, the palette itself is quite neutral. There are references in the color scheme to Bryant Park.”

The space is midcentury-inspired with round, off-white armchairs and couches, floor-to-ceiling dark wood bookshelves, and gold-accented light fixtures and furniture. There are smaller wooden cocktail tables as well as counter-height Italian marble tables. Floor-to-ceiling golden metal screens help separate the lounge from the kitchen pantry, where a long marble countertop serves as the staging area for breakfast. Langham staff set out a cold and hot breakfast buffet every day, and a chef is on hand cooking eggs to order.

However, construction of the club was not without pandemic setbacks.

“The whole country faced this huge logistic backup with shipping being backed up for months, so that caused a lot of challenges and delays,” Bussiere said. “We ordered a beautiful Sub-Zero fridge and we won’t have it until September. We bought a temporary replacement. That’s all due to the delay in production and the logistical drama.”

L&K Partners’ Yurek Larys, a superintendent on the project, added that the appliances were a significant source of delays.

“We had food-service equipment that came in from Canada,” Larys said “They had strikes and issues getting equipment getting through customs.”