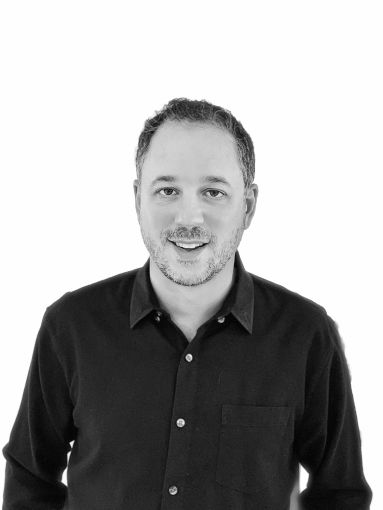 For the companies that would occupy the office of the future, the world is a strange and unpredictable place.

This is not your parents’ workplace. Nor is it your own workplace of, say, 20 years ago (or make up your own timeline). It’s not just a row of desks, computers, a phone and a coffee machine. Maybe.

In the world of COVID and laptops, the workplace has to entice. No more white-collar slaves emerging from the burbs zombie-eyed to fill up those desks or long tables. Now the plants, the wi-fi, the food, the air monitoring system, the coffee, things that once played a cameo role are the stars of the show. There has to be a meeting of the minds between landlords, their tenants and the employees who work for the tenants.

Fortunately for landlords, there are tech companies that specialize in making office workers feel comfortable and wanted in the 2020s, and the most technologically sophisticated and potentially confusing part of that. Essensys is one of them. (They actually prefer that first “e” to be lower-case, to be read “essensys.” It was just capitalized in that instance because it was the start of a sentence.) It calls itself the “intelligent digital backbone for commercial real estate.”

Jeremy Bernard, essensys CEO for the Americas, hopped on a Microsoft Teams call in late April to explain to the Commercial Observer what it does and what it sees coming in the office space. His remarks have been edited for length and clarity.

Commercial Observer: Explain exactly what essensys is. I’ve seen material where it calls itself “the leading provider of software and technology to the fast-evolving office space sector.” What exactly does that mean?

Jeremy Bernard: We like to think of ourselves as the intelligent digital backbone for commercial real estate. So we provide landlords and space operators with the various tools they need for the real-time automation of digital services, and the delivery of digitally enabled spaces. That would mean essentially providing anything technologically needed to create seamless experiences across their portfolios, and within buildings. So that could be secure wi-fi, that could be access to meeting rooms, or a host of other digitally enabled tools.

So you mentioned a couple of specific things — wi-fi, meeting rooms. What other things?

It’s clear that we’re experiencing this digital transformation of office. It’s been talked about for, frankly, probably decades now. But, I think, coming out of the pandemic, the purpose of the office has been challenged and needs to be justified.

It’s clear that hybrid work is here to stay. It’s a paradigm shift from what’s been going on for the last 100-plus years within office. So, in order to make hybrid actually work for employees, technology is the linchpin to making that happen.

We started in 2006, so we’ve been working at this for a long time, and we have proprietary software and technology that will enable landlords to provide digital services that their tenants are demanding right now.

Do you have to be nimble because services demand changes every other year? You say you started in `06, so that’s 16 years right there. A kid who started kindergarten then is graduating college now. So what has changed and how do you keep up?

Technology is always evolving. Microsoft started in the ‘70s. And they’re still widely used today. And the reason that that’s the case, and the reason that we’re pretty relevant now is we have teams of people, hundreds of people, engineers and developers, that are constantly iterating our platform; and solving for the needs of the present and future for landlords, and flex operators.

So it’s not like you build it, and it’s done. You just have version 1.0. We’re constantly iterating, similar to other large tech companies. We do that so landlords can focus on what they do best, which is running office buildings and leasing them to tenants.

We’re always thinking about what’s next. In fact, we have a division called essensys labs, which is a dedicated group of about a dozen engineers. All they do is focus on what is going to be important in 12, 24, 36 months from now.

I find it interesting that you have people who are essentially futurists, who are looking at the office of 2025, or the late `20s. Can you give me a little insight into what they are seeing and how this whole thing is evolving?

I can’t speak to it for a variety of reasons. I can’t talk about that as a publicly traded company. We don’t want to talk about some of the projects in development. But we should roll those out as we get ready for consumption. But there’s no question that having a sound digital infrastructure in your building is going to be critical to delivering myriad services for tenants over the next five to 10 years. That’s why we say we’re the intelligent digital backbone for buildings because we were like the nervous system or spine in a building that technologies can sort of get plugged into,  to make sure that you have consistent data, and you have accurate data.

And you need to make sure that there’s consistent experiences across multiple buildings. So that could lead to the hybridization of the office. It’s not just about working from home one day and working from the office HQ the next day. There’s this third workplace which is maybe a flex space or a smaller satellite office, closer to your home. So you’re able to leave your home and commute for an hour or more into a major city. And regardless of what location you’re in, employees, at the end of the day, want to make sure they have a secure, seamless experience.

They want to be able to open up their laptops and just get to work, and know they are on a private, secure network. In order to do that, it’s incredibly complicated and complex from a technology standpoint. And that’s something we address and we solve for, which is understanding that extreme granularity. The nature of who that individual is, what access to rooms they have, when they have them, and their space usage is, and what network they’re on.

So you see hybridism, if that’s even a word, as the wave of the future?

Yeah, that’s right. We’re helping landlords meet the needs of tenants and the companies. We don’t work directly with the companies per se. We also work closely with some of the largest flex operators in the world, like Industrious or Studio by Tishman Speyer, in addition to others. The office is no longer static, and technology is required to get the right data for making decisions about tenants and employees.

You have to provide a purpose for the office now, if you’re asking people to commute — things like culture and collaboration. You have to make sure that experience is seamless for the employees.

Now, if the employees are not happy, if they’re having trouble logging on to their network, if they’re spending a lot of time running around looking for passwords, not being able to get access to a room with their iPhone, they may not want to come back to the office. They may even want to look at the three or four other offers they probably have in their back pocket.

The name of the game now is attracting and retaining talent. Companies need to make sure that the spaces they operate out of can provide all these technologically sophisticated services, so that their employees are happy and productive.

It’s serving a purpose, as opposed to coming into the office, sitting in front of your computer all day, and not talking to anybody. Technology is sort of the backbone in order to make everything work.

The picture that popped into my mind is that of Broadway stagehands, building and taking apart a scene in seconds, apropos to the direction of the play. You could have head-down work one day and, the next day, everyone’s around a table trying to collaborate.

Really interesting analogy and I agree with it. We’re not involved in the physical design and layout of these offices. There are companies that specialize in that. But it is changing, it’s evolving. And no one really has all the answers right now. It’s a fluid process.

Companies are trying to figure out what works and what doesn’t work. But regardless of what the layout might look like. It may change from one week to the next  — we’ve seen it personally. Demand for modular rooms and walls that can be taken down in a matter of minutes. Again, that’s not what we do.

But we are a software company. Regardless of what environment you’re in, you need to have the technology and the software to power that to run that it’s optimized that space and optimize the usage of that space, including things like sensors that are plugged into our network and through which we can monitor air quality. We can monitor temperature.

And there’s a whole ESG component, being able to consume less energy. There are so many benefits to having a technologically enabled building.

We don’t. We’re not the end solution for whether a building is green or not. But you need to make sure you have that digital infrastructure, that digital backbone, in your building. We provide very very accurate data, in order for these platforms to work. So we’re a means to an end in that sense.

So you are in the middle of the coworking world. So what is your perspective on what kind of coworking is going to fly in the post-COVID environment?

I think a lot of the trends that started pre-COVID have only been accelerated. So it’s not necessarily change. It’s just accelerated and the demand has increased.

There’s a couple of things we’re noticing. One is that the flex operators are thriving, particularly the ones with a large footprint, and have been able to provide a seamless experience across multiple locations in different cities in different countries. And the other thing we’re seeing is a lot of traditional landlords are recognizing that having flex in their portfolio, whether they’re operating it themselves, or working with one of the co-working operators is a strength.

Companies like Tishman launched Studio, and they have 25 locations and close to a million square feet in North America and South America and Europe. And, by the way, they launched pre-COVID, so they were certainly one of the more progressive firms. Landlords actually recognize the value and the importance of flex, as tenants are looking to figure out their space needs. Flex is going to be a part of that.

We’re seeing a lot more traditional landlords getting into flex, because the reality is they don’t have a choice anymore.

This interview appeared as part of Commercial Observer’s Tenant Talk newsletter. Please consider subscribing to that and other newsletters here.