The James L. Knight Center would be demolished under the plan 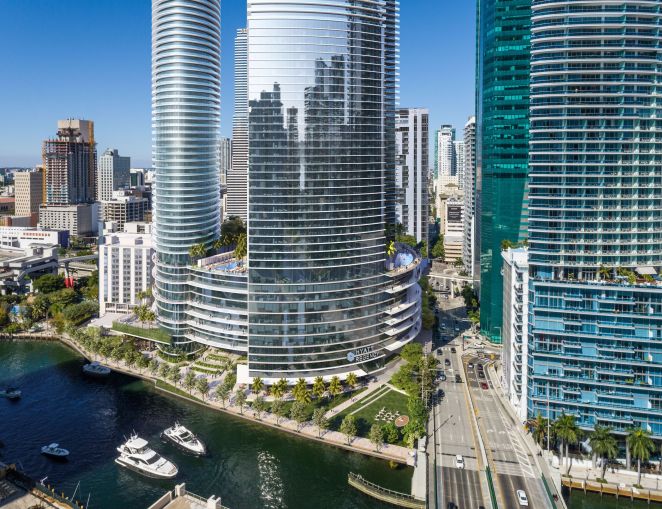 Another section of Downtown Miami could soon get a makeover.

Hyatt Hotels and Miami-based developer Gencom unveiled plans this week to transform the waterfront site of the Miami Hyatt Regency into a massive luxury mixed-use project.

The proposal, designed by Arquitectonica, features three skyscrapers. One tower will hold a Hyatt hotel, featuring 615 rooms and 264 serviced apartments. The two others will function as residential buildings, housing 1,542 rental apartments in total.

The current development, located at 400 SE Second Avenue adjacent to Brickell Avenue, was built in 1982 through a city-approved ground lease. It holds the James L. Knight Center theater and a Hyatt hotel, both of which will be demolished if the proposal is approved.

Back in 2018, Hyatt proposed another redevelopment project that never got underway. With the current ground lease set to expire in 2027, the joint venture is seeking to extend the lease from 45 to 99 years.

To secure approvals for the project and the revised lease, the Miami City Commission must first OK the plans. Afterward, Miami voters would have the final say when the proposal is placed on the ballot this November.

If approved by a simple majority, construction would commence in 2025 and take about four years to complete, according to a spokesperson for the joint venture.