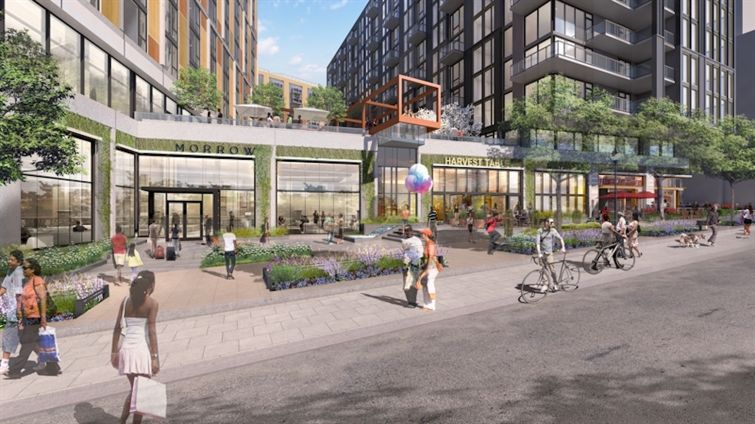 The joint venture will soon open The Morrow, a 203-room hotel under the Curio Collection by Hilton umbrella, in NoMa’s 3rd Street District.

The Morrow is part of Trammell Crow and MetLife’s larger mixed-use development, Central Armature Works. The building will feature three towers — one for the hotel, and two residential towers with 640 apartments — situated atop a 60,200-square-foot retail podium on the corner of Third and M streets NE.

The hotel property will also include 16,500 square feet of indoor and outdoor meeting space, and three food and beverage venues from Michelin-starred Chef Nicholas Stefanelli of Masseria and Officina fame.

“The Morrow, as its name implies, is about looking to the future and all possibilities that tomorrow brings,” Bill Webster, director of hotel asset management for MetLife Investment Management, said in a prepared statement. “We have built the hotel upon this foundation to create an offering that is a source of energy and optimism.”

The hotel is being designed by Shalom Baranes Associates, with rooms and event spaces by Rottet Studio and common spaces and food and beverage outlets by INC Architecture.

The Morrow is being built on the last site of Central Armature Works, a 100-year-old electrical manufacturing and repair business. Designers will incorporate a bit of its history and that of the NoMa neighborhood itself into the finished product via a sculpture inspired by a gantry crane in an outdoor terrace.

The property will also feature a fitness studio and a nearly 3,000-square-foot ballroom. The project is directly next to the NoMa-Gallaudet Metro station.

The Morrow is scheduled to open in the fall.