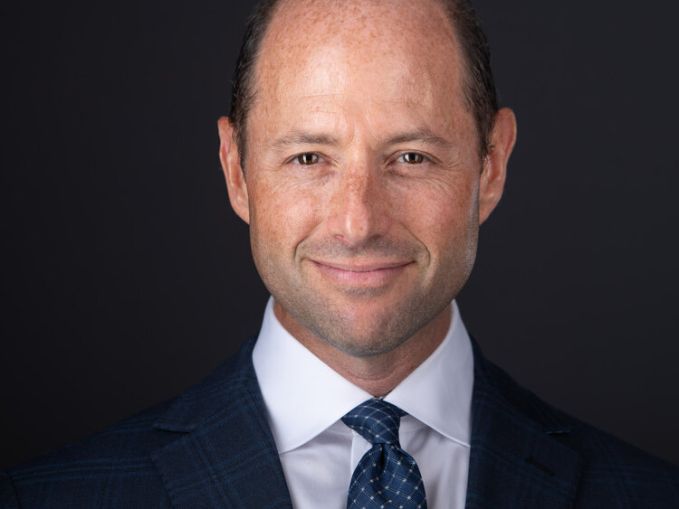 David Goldfisher brings a unique perspective to the commercial mortgage-backed securities (CMBS) world from both sides of the lending table.

Goldfisher has served as adviser to CMBS borrowers since founding Natick, Mass-based The Henley Group in the late 2000s on the heels of the 2008 financial crisis that created turmoil in the credit markets. He previously was a CMBS loan originator at Wells Fargo, Bear Stearns and ABN AMRO/LaSalle Bank developing long-standing relationships with special servicers during more than 25 years in the industry.

“[We know] every single special servicer or we know their asset managers and other senior management. We have a line of communication so we can get deals done,” Goldfisher said. “I think the background has proven extremely helpful.”

Goldfisher spoke with Commercial Observer about changes he has seen in the CMBS industry, the state of lending before the financial crisis, the impetus for shifting his career to become an advocate for borrowers and how the market is shaping up in 2022. The interview has been edited for length and clarity.

Commercial Observer: What has changed most about the CMBS industry since you entered it in 1995 as a senior analyst at Wells Fargo?

On the investor side it has become an investment class that people look at a lot differently than they did when I started in the industry. Over the years you’ve had folks that like to put an allocation toward real estate like Insurance companies or pension funds. Pension funds were always there, but a lot of life insurance companies that would lend over time got more comfortable with CMBS.

The pace of the industry has increased tremendously. There was a time before the pandemic where shops had a certain amount that they had to put out, and inevitably when that ends up happening you go very fast and don’t underwrite as well. At Wells Fargo and Bear Stearns we had sound underwriting where we would really take our time, understand the real estate, talk about it, lay things out on the table, pull out site plans, understand what’s happening with the real estate and not just look at it like a loan where can make this money. I’m not suggesting that it’s not quality underwriting now, but I think it’s just different. Technology has also advanced the way people underwrite.

Describe those early years as a loan originator before the financial crisis of 2008?

The CMBS market certainly exploded in 2007 when property values skyrocketed before imploding soon after as the credit crunch took hold. What role did this play in your decision to shift from the lending side of the business to the advisory side working with property owners and co-founding the Henley group?

It provided a very big role because it was pretty obvious early on that this wasn’t going to be a short-lived hiatus for the market. That type of origination dried up. Everybody was under pressure, and there was a lot of concern that there would be a lot of defaults coming out of this. The lender had its special servicer, and the borrower needed their expert to guide them through this process. I figured there would be a need for that service for that advisory role to help navigate through the default and try to keep their properties, and there was nobody out there doing it

Turning to today’s climate,  single asset single borrower (SASB) deals have played a larger market role of late. What is driving this trend, and do you see it continuing in 2022?

It’s been driven by large borrowers and their ability to access capital markets at low interest rates. I think it will continue. Single asset from an underwriting standpoint is interesting because it’s kind of the opposite of the conduit. Let’s say you have a single asset deal like a large office building. The old way of thinking was we want to spread across the country in different asset classes. Now you have a single asset, a single risk, but you could have bondholders look at that and say, “I really can get comfortable with that building.”

With conduit loans, there’s billions of debt scheduled to mature this year, 10 years after the initial issuance at far higher interest rates. How do you think the Fed’s planned interest rate hikes this year are going to affect overall conduit issuance in 2022?

I think it’s gonna have an impact, and it depends on how far interest rates go and then what the lending rate is looking like. You may have some multifamily or industrial that may stay the same. We have different types of appraisals coming out and it all depends on the asset class and the market and the tendency.

I think borrowers now have certainly gotten to a place of saying if a loan is underwater we’re not just going to throw good money after bad, especially for institutional borrowers. You might have some borrowers that have reputational concerns and have the ability to rightsize something, but short of rightsizing a lot of deals or the mezzanine market coming in and proving the gap I think you’ll have increased defaults.

Collateralized loan obligations (CLOs) had been on an upswing, although we saw plenty of volatility impact that space in the past year. What is the market perception of them given that they’re similar to former collateralized  debt obligation (CDO) vehicles that certainly played a central role in the 2008 financial crisis?

It almost feels to me that people have almost forgotten about that to an extent. The difference is with the CDOs they were putting in other types of vehicles, not just commercial real estate debt. There were some equity pieces that were put in. There were some other types of debt that were put into the pools as a percentage that caused a lot of the heartburn, like credit card debt. The real industry insiders know that and understand that.

I think the CLO  market will continue because it just feels to me that now people recognize that some borrowers just don’t want 10-year fixed-rate paper. They understand the securitizations are rigid. They understand that special servicing when you have problems is challenging and very expensive. Shorter-term flexible debt feels to me like something that will continue. You couple that with what a lot more properties that are going to be looked at as transitional and will need a bridge.

Lastly, what are borrowers that you work with today most looking for on how CMBS loans are structured?

Our borrower clients are generally heading towards a loan workout, and there’s often a high level of stress. Borrowers who are not familiar with some of the nuances of CMBS loans become frustrated when servicers abide by the loan documents down the road. To deal with a distressed CMBS loan, regardless of the originator, is difficult and time consuming.

Bondholders including the CCR and DCH are complicated to deal with and it’s our job to build consensus. I think sometimes Borrowers are looking for more flexible, long-term, non-recourse, cheap financing.

We hear concerns from borrowers in the midst of a workout negotiation related to the lack of flexibility.  However, servicers have limited flexibility by virtue of pooling and servicing agreements (PSAs). The volume of CMBS originations could change in the next wave. In the past 20 years, however, CMBS volume has fluctuated based more on macro-economic shifts than on consumer sentiment.