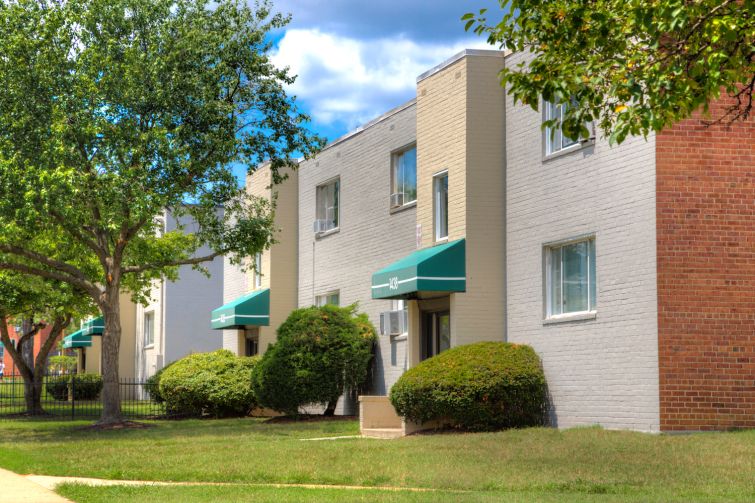 Entities connected with Arbor Management Acquisition Company (AMAC) have sold off a two-building multifamily asset in Maryland whose tenants were suing the landlord over the allegedly dismal conditions of the apartments.

The buyer was a joint venture between Jair Lynch Real Estate Partners and Nuveen Real Estate, which acquired the 587-unit Bedford Station and Victoria Station in Hyattsville, Md. for an undisclosed amount.

The former owners of the multifamily asset is being sued by its tenants over the allegedly dismal conditions of the apartments.

The class-action suit was filed against the building’s owning entities, Bedford United LLC and Victoria United LLC, as well as its corporate owners in federal court, alleging that the company violated the Fair Housing Act and fostered substandard living conditions that “would shock the conscience of most Marylanders.” Among the issues were severe pest infestations, mold-contaminated AC units that no longer work, dangerous electrical wiring, and large holes in walls and ceilings.

The plaintiffs also claimed that landlord deliberately allowed conditions to deteriorate in minority neighborhoods like theirs, while investing money in high-end apartments in wealthier, whiter areas. The case is ongoing.

The owners deny the allegations and say the buildings were on the county’s list of distressed assets when they bought it in 2013, and has since been removed from that list. “Bedford United and Victoria United are proud of the eight year track record of success in providing quality and affordable rental housing to the Bedford and Victoria communities,” a spokesperson for the companies said. “We deny the allegations in the complaint, and we will continue to vigorously defend the lawsuit.”

Located at 1400 University Boulevard East on 23 acres inside Langley Park, the “naturally occurring” affordable housing community offers the joint venture another opportunity to preserve housing affordability in Prince George’s County while investing in high-quality assets, according to Jair Lynch.

“With the upcoming addition of the Purple Line offering unbeatable access across the region, we’re pleased with the opportunity to preserve a large offering of attainable housing for essential workers and their families who have long called this neighborhood home,” Ulysses Auger, director of acquisitions for Jair Lynch, said in a prepared statement.

The joint venture made no reference to the lawsuit, but it plans to improve the property with a series of capital improvements and in-unit renovations, and will also introduce a new property management company. It will introduce sustainable measures such as LED lighting upgrades, sustainable landscape design and improved recycling and trash removal.

This is the seventh acquisition that Jair Lynch and Nuveen have done together, with the two companies last coming together on the $78 million acquisition of Dakota Crossing, a 236-unit apartment complex in Washington, D.C.

Transwestern represented the seller in the deal, while CBRE handled things for the buyers.

Update: This story has been updated with a comment from the owners, and to reflect that Arbor Realty Trust was not the seller of the property, nor was Arbor Management Acquisition Company, but entities tied to it. Both Arbor Realty Trust and AMAC were founded by Ivan Kaufman and are named as defendants in the lawsuit.