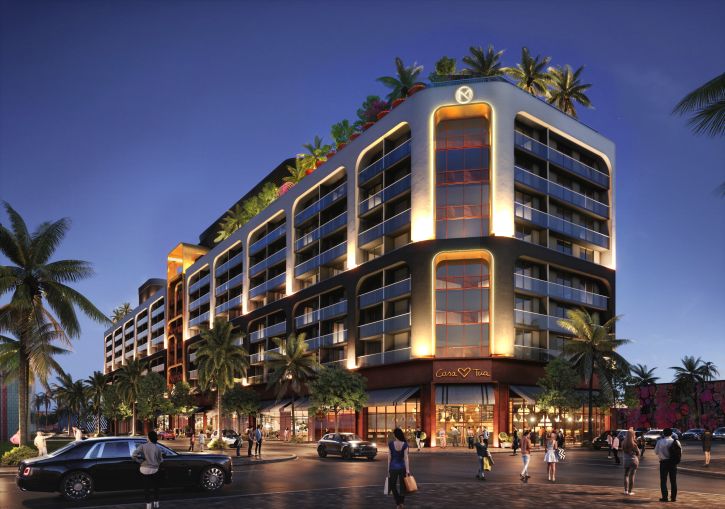 The NoMad Hotel, the trendy New York hotel of the 2010s, is getting into Miami’s condominium craze.

The parent company of the now-shuttered New York hotel, Sydell Group, is partnering with the Related Group, Miami’s largest condo developer, and Tricap to develop a NoMad branded condominium in Wynwood, the joint venture announced.

NoMad Residences Wynwood will include 329 apartments, ranging between 464 to 931 square feet, with prices starting in the mid-$500,000s. The nine-story property will allow residents to lease out their units as short-term rentals, with an in-house team to manage check-ins.

On the ground floor, Casa Tua, a popular Italian restaurant concept in Miami, will operate a 13,000-square-foot location. The rooftop will welcome The NoMad Bar, helmed by Leo Robitschek, the former bar director of the three-Michelin starred restaurant Eleven Madison Park.

The development, located at 2700 NW 2nd Avenue, will span the majority of the block between NW 27th Terrace and NW Street. Tricap and Related bought the 48,950-square-foot lot for $26.5 million last September, according to property records.

Construction is slated to begin in the last quarter of this year and end in 2024. A Related spokesperson declined to say whether the joint venture had already secured construction financing.

For Wynwood, the NoMad development will provide housing for the retail and office-heavy neighborhood.

“Each NoMad Hotel embraces and elevates its surrounding communities with an artistic spirit that fuels excitement, energy and growth,” Jon Paul Pérez, Related Group president, said in a statement.

The project is the NoMad Hotel’s first foray into residential development, a growing trend among hotel groups looking to cash in from Miami’s skyrocketing home prices. In nearby Midtown, the Standard Hotel, also a famed New York hospitality brand, is developing a 228-unit condo.

The pivot into residential development comes only months after the Sydell Group closed NoMad’s famed flagship hotel in New York as the pandemic devastated the city’s tourism industry.

Launched in 2012, the establishment, known for its Instagram-ready rooms, helped revitalize the district just north of Madison Square Park along Broadway. The brand grew into a chain with locations in Las Vegas, Los Angeles, and London, which still remain open.

“Our team is known for creating unique hotels that feel like home and tell stories of their neighborhoods,” said Andrew Zobler, Sydell Group CEO, who recently moved to Miami, having paid $6.8 million for a waterfront home in Miami Beach last November.

“As our first fully residential experience, we intend for the NoMad Residences Wynwood to become central to our residents’ life stories and set a new bar for condominium living,” Zobler added.