Neighbor.com, the Airbnb of Self-Storage, Aims Higher Than Attics

The company isn’t just trying to capitalize on vacant spaces, it says it’s trying to reduce carbon emissions in the booming self-storage industry 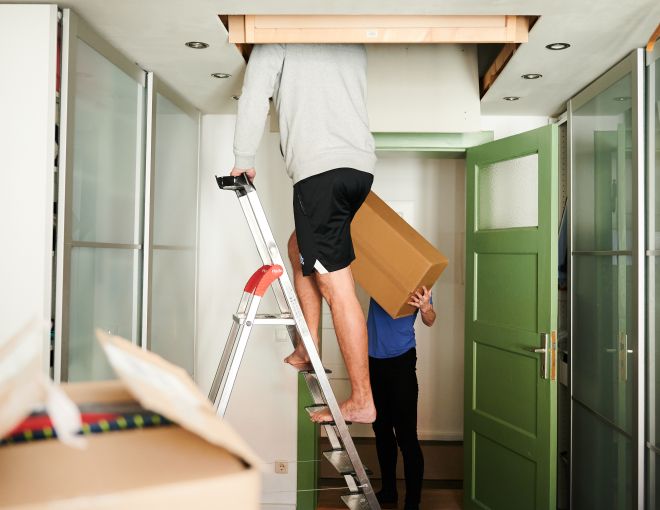 Clearing out the attic and that unoccupied bedroom may have new value for homeowners, landlords, and the planet, according to a proptech startup that looks to reduce the global carbon footprint by creating a self-storage marketplace for unused residential and commercial space.

Neighbor.com, a Salt Lake City-based company that could be compared to the Airbnb of self-storage, works with residential and commercial property owners to convert under-used or vacant space into affordable storage options, including for cars, recreation vehicles  and even boats. The platform’s listings create passive income for hosts — and a new sustainable purpose for otherwise dormant spaces, said Joseph Woodbury, CEO and founder of the startup.

The self-storage industry is responsible for 780 million pounds per year of carbon emissions, stemming from its almost entirely concrete and steel construction, the production of which emits huge amounts of carbon, said Woodbury. Concrete alone is one of the most consumed substances on the planet and its production is expected to grow from 4.4 billion tons to 5.5 billion tons by 2050, accounting for almost 8 percent of carbon emissions globally.

What’s more, consumer demand for storage space shows no sign of slowing down. In 2021, self-storage centers operated at more than 95 percent occupancy, and 1,290 new facilities were built. In fact, the pandemic seems only to have strengthened a sector that thrives on displacement and disruption in its users’ lives.

Seeing the trend of new self-storage construction adding to carbon emissions, Woodbury founded Neighbor.com in 2017 to recycle residential and commercial units for self-storage.

“It is a marketplace for unused space,” said Woodbury. “We let residential homeowners all over the country rent out an attic, basement, garage or driveway for self storage and then we hook them up with someone who wants to store something.”

One way Neighbor.com calculates the sustainability aspect of the business is that every 10-by-20-foot unit listed on its platform is the carbon-reduction equivalent of taking four cars off the road for a year, said Woodbury.

Along with trying to reduce the self-storage industry’s carbon footprint, Neighbor.com was primarily started “to help ease consumer pain,” Woodbury said. “But we’ve always had a slide in our pitch deck talking about the carbon tax and this is a big reason why investors have liked this business. It’s something that Andreessen Horowitz commented on when they invested in our business.”

Proptech venture capital firm Fifth Wall, which has a dedicated climate fund, last year invested $53 million in Neighbor.com in a Series B round, he said.

“[Sustainability] has definitely been an important theme for us,” Woodbury added. “We’ve built 2 billion square feet of storage in the U.S. You could now fit every man, woman and child in the United States in a storage unit. Most people don’t realize we built that much space.”

In practical market terms, although the bulk of Neighbor.com’s “hosts,” as Woodbury calls them, are residential users, “we have large office building owners and retail space owners that operate at a lower than ideal occupancy rate, who we will let [keep] a portion of their office or retail portfolio on our site for storage, as well. We’ve worked with some of the largest [real estate investment trusts, or] REITs, in the country to help fill their space and create a predictable cash flow.” Neighbor.com’s retail REIT clients alone are in some 200 U.S. cities, he said.

As for the total number of individual users, “I don’t know the total number at this point,” Woodbury said. “We have residential users in more cities and locations than any other storage provider in the world. So we’re hands down the most geographically diverse storage company.”

Neighbor.com users who are looking to store something — the company calls these users “renters” — pay the startup for storage, and in turn, hosts receive a percentage of that payment on a sliding scale, said Woodbury.

“Say you’re renting out a garage and you want to charge $200 a month for that space,” he said. “We will then take that $200 and we’ll add our service fee on top of it. That’s how we make money. We then charge the renter your price plus our service fee. As the host you get everything that you asked for and the renter is still able to get storage for a much cheaper price than they would at a traditional self-storage facility.”

One unexpected result of Neighbor.com’s local community-oriented design is that neighbors who had been strangers can get to know each other, said Woodbury.

“The average drive time to a self-storage facility is often 30 to 45 minutes because self-storage facilities are increasingly built in industrial parts of town far away from residential areas,” he said. “On our platform, we are able to connect people in their neighborhood.

“We have gotten little notes that say, ‘I’ve lived next to this neighbor for five years and I’ve never hardly noticed them on my way to work. When I booked on [the platform] it forced me to drive my stuff over to their house and they came out and helped me carry some boxes into their garage. We got to chatting and we realized we have a lot in common. Even if some people say they are a Democrat or Republican, it turns out we actually like each other.’”