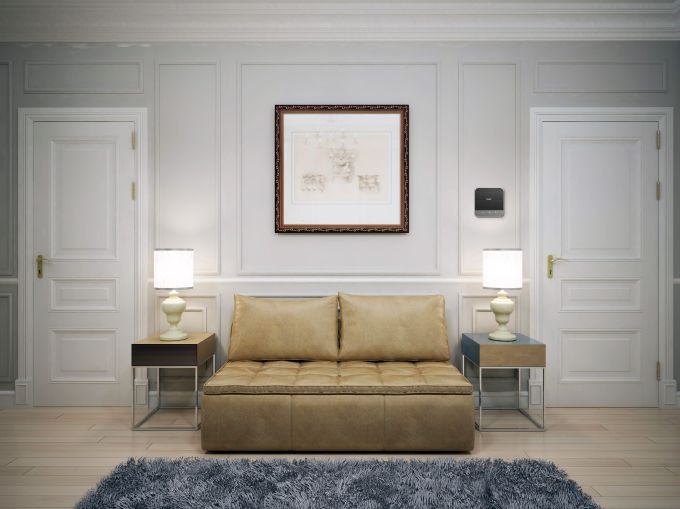 An apartment with Buzr Pro installed near the door, on the right. Photo: Courtesy of Buzr

There’s a lot more to unlock. Or at least that’s what some proptech companies think when it comes to keyless mobile technology for accessing homes.

The technology has been around for years, but most of the proptech companies producing it have focused on luxury homes and more modern multifamily buildings.

Now, proptech startups, new and old, are looking to overcome the resistance of some owners to installing new buzzer or intercom technology in order to bring keyless mobile access devices to Class B and C residences. The potential market is massive: There were around 140 million housing units in the U.S. in 2019, according to the American Community Survey from the Census Bureau. Half were built before 1978, according to a survey estimate in 2020.

Owners and tenants do have reservations regarding the new technology for older homes. They worry its installation can disrupt lobbies and individual units; that the upfront cost will be too much; and that a tech malfunction will leave tenants locked out of their buildings and units.

One new proptech company that has set its sights on the non-luxury residential market is New York City-based Buzr, which started up at Cornell Tech on Roosevelt Island prior to COVID-19 and has since established its office there.

Buzr describes itself as having a smart home device that integrates into buildings’ existing intercom systems and connects to users’ phones. Its product, Buzr Pro, is the only device on the market that can replace outdated apartment buzzer and intercom access systems by only requiring the user to install the smart device hardware into the individual rental apartment or condo wall unit, according to the startup, which sees not having to replace a building lobby’s call box as a competitive advantage.

In May 2020, Buzr won a Cornell Tech Startup Award, “which was our first real institutional check, as well as access to a lab and office space, and support from the campus,” said Tony Liebel, CEO and co-founder of the company. The award came with a $100,000 check from Cornell and access to its facilities on Roosevelt Island.

Buzr is raising a $6 million seed round to improve its technology and marketing outreach, said Liebel, who added that he hopes to raise much of the money from landlords looking to use the company’s products in their buildings.

Prior to launching its product, Buzr spoke with landlords about how best to enter the market, Liebel said.

“We realized through a lot of our landlord discussions and customer interviews, and also having been a consumer of old access systems, that these old intercom systems are really hard to replace for Class B and Class C buildings,” he said. “So while companies like Butterfly MX and Latch have amazing products, they’re not easily adoptable by a Class B or C landlord.”

What often happens is that B and C landlords find they can afford the hardware costs of such advanced products, but the installation is either too disruptive to the building or too expensive, said Liebel.

“And that’s really where we have found a great niche for our device, [which] does not require a whole building retrofit or renovation,” he said. “We work on the existing system that’s installed by only replacing what’s on the wall in the unit and then connecting our device to the Wi-Fi and bringing the whole system alive. The devices can be connected to the internet [and it] runs on four AA batteries. We’ve taken a lot of inspiration from how the Nest thermostat is installed. We install in almost the exact same way.”

The Buzr system hardware sells for $229 per device per unit, said Liebel. “If it is a direct consumer sale, we have a freemium app that unlocks additional features that are $7 per month. For landlords we have a SaaS subscription where we anticipate charging $5 per unit per month. But we have not hit the market with that product yet.”

A more established startup, Latch, which went public in June 2021, is also attempting to address B and C multifamily keyless mobile access, said Lee Odess, a Latch general manager and leader of the company’s strategy group.

Latch saw its C2 keyless entry door lock product, which can be used as a retrofit for B and C buildings, grow 278 percent year over year from fourth-quarter 2020 to fourth-quarter 2021, Odess said. The hardware costs $299 to install.

“We purposely built these products to support retrofits in high-density areas and they can operate without the need for cellular interconnectivity and hubs, without the need to swap out doors,” Odess said. “The product is built to be retrofittable. [It] is built not to have a hub, which helps in the reduction of costs. It’s an offline-first product, which helps again with the overall cost. These are examples of its supporting a more price sensitive B and C customer base.”

However, Latch recognizes the resistance of some landlords and tenants to digital mobile access devices.

“If you look at the history, electronic access control started in 1973,” Odess said. “Up until … the iPhone was introduced, the value proposition really had never changed. It was always about keeping bad people out. When the iPhone came in, you start to see what I call positive friction between convenience and security happen, where if the door didn’t work when you put your card in, it’s like ‘good it’s actually functioning properly because it kept people out.’ [Users] would rather default to somewhat of a bad user experience.”

Now the expectations are starting to shift to a point where security and the delivery of more functionality from any mobile access system is the expected starting point, Odess said.

As Buzr pursues the B and C residential market, it is looking into upgrading its mobile app by including video and temperature monitoring functions, as well as “virtual keys” for deliveries aimed at tenants and landlords, Liebel said.

“We aren’t quite there yet from a product development perspective,” he said. “But it’s very easy for us to take a camera stream from other cameras,” he said. “One that is very popular in [New York City] is called Eagle Eye. The landlord would put a camera at the front of the building. He doesn’t necessarily even need to touch the intercom system. It would be a standalone camera that he put up in the lobby or within the foyer and then we can stream it directly to the app.”

“A resident can know if their unit is being overheated or under-heated based on the municipal code,” he said. “We also show in the app the outside temperature so you can see if the landlord is keeping up with their end of the bargain.

“For the landlords, they get to now see and have history of how they have heated that unit, which has been something that a lot of these landlords have been interested in, because sometimes they will have issues with tenants who claim the unit is under-heated when the landlord is honestly doing their best to keep them heated. But because there’s no record they have a tough time proving that they are heating in the right way.”

Noting that package delivery in New York City is a major problem for tenants and landlords, with about 90,000 packages a day going missing or being stolen, Liebel said, “The feature that I’m most excited about is our virtual keys.

“About one in three packages go undelivered on their first attempt, which is why you see all of those FedEx and UPS stickers on every door as you walk around. Once we are installed in a building, we can give access to these delivery providers and let them in, with the permission of the tenant or the resident, of course.”