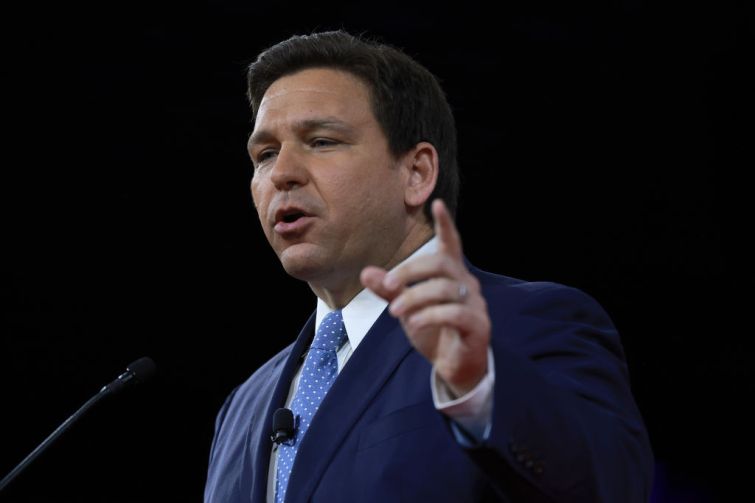 Florida Gov. Ron DeSantis will call a special legislative session in May to address the property insurance crisis in the state, he said Monday.

This is the second special session DeSantis has called to address the issues facing the home insurance market. Property insurance prices have spiked, as many private insurers have either gone bankrupt or pulled out of the state.

In March, the Florida legislature adjourned without addressing the property insurance problem, though it was widely discussed. “There are some things we were working on that didn’t make it to the finish line,” DeSantis said Monday. “And those are issues like property insurance, and trying to bring some sanity and stability and have a functioning market. I’m confident that we can get that done.”

Some senators had pushed for action, including Florida Sen. Jeff Brandes, whose district spans a coastal area on the Gulf of Mexico and who had begun the process to call a special session, the Miami Herald reported — which is now no longer necessary.

Last week, DeSantis was in South Florida and lawmakers there had pushed him to address the rising cost of insurance before the approaching hurricane season, Local10 reported. Citizens, Florida’s state-sponsored insurer of last resort, is expected to hit more than 1 million policies this year, up from 421,000 in 2019, according to its own count. The program took on 32,000 new policies per month in 2021 — double the amount from the previous year — and had 807,000 active policies as of March 2022.

“If we had one of those [Category 5] storms we’d really be in a really bad place,” State Sen. Lauren Book, who represents parts of Broward County, told Local10.

A confluence of issues have caused residential and commercial insurance premiums to rise in Florida, sometimes by 40 or 50 percent. As the frequency of disasters increased over the last few years, insurance companies had to cover the higher payouts, leading some insurance companies to leave high-risk states like Florida, said Bradley Cassidy of Franklin Street Insurance Services, which offers property and casualty insurance programs.

“The profitability margins for the premiums the insurance companies have been collecting have not been sufficient to be profitable in the claims that they’ve paid out,” he told Commercial Observer. “Therefore numerous insurance companies have pulled out of the market. They no longer offer insurance in highly exposed states such as Florida, leaving a minimal amount of carriers willing to quote properties.”

Add to that higher replacement costs in light of supply chain issues, and it’s a recipe for runaway rates. “Due to claim activity, rising cost of construction, less capacity — meaning less insurers willing to quote — and insurance company tightening undersigning: those are the four most impactful immediate drivers of rising premiums,” said Cassidy.

Finally, in addition, changes to the National Flood Insurance Program went into effect on April 1, raising flood insurance rates for homeowners in areas vulnerable to flooding under a new model, which impacted a large percentage of Florida homeowners.

DeSantis did not elaborate on the policies he will potentially propose, and added that other issues that escaped attention during the legislative session might be addressed as well.