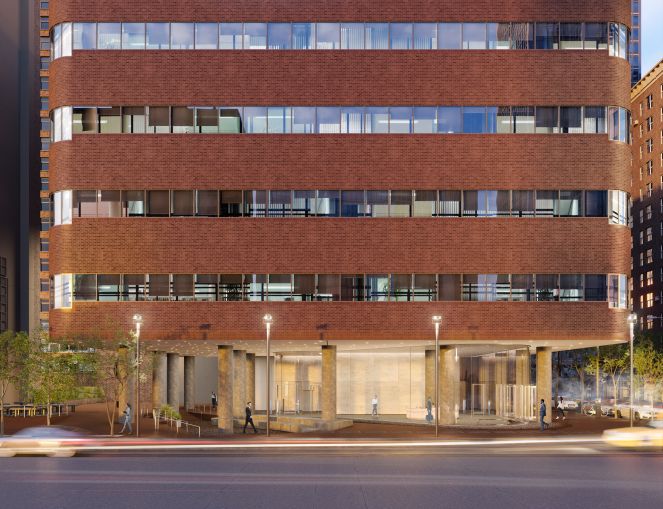 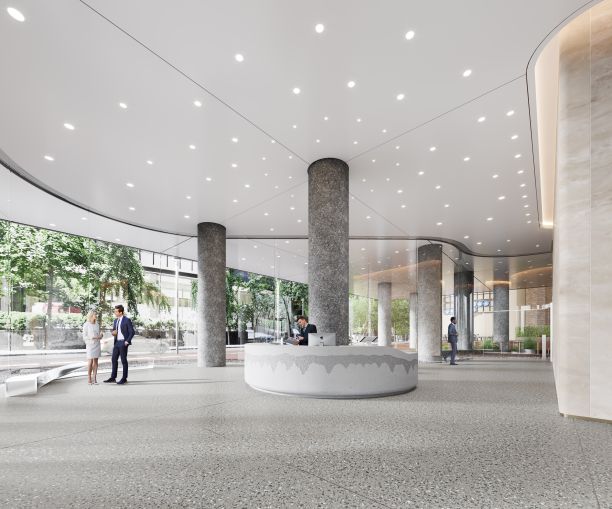 FXCollaborative was brought in to update the property, which it was originally responsible for designing in 1980. Rendering: Conway Design 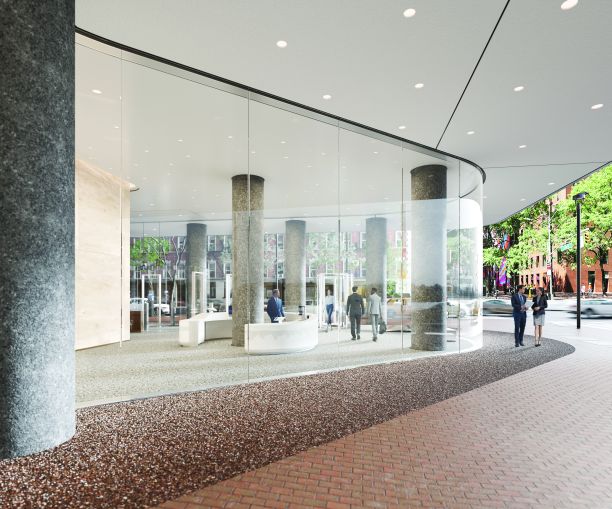 Wooden and glass window panels are being replaced with floor to ceiling glass in the lobby. Rendering: Conway Design 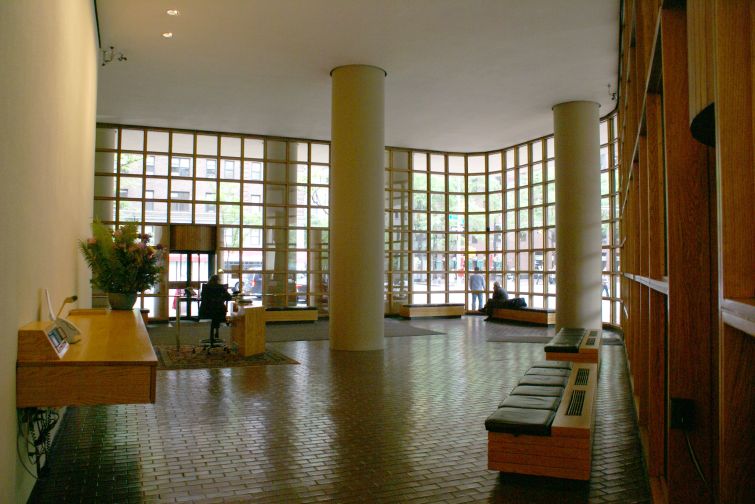 Before photos of the lobby, which was designed by Fox & Fowle, now known as FXCollaborative. Rebecca Baird-Remba 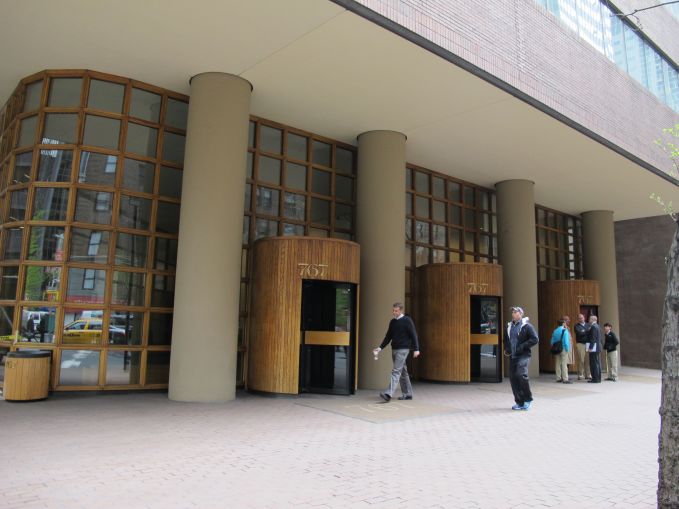 The wooden door corrals are being replaced with glass revolving doors. Rebecca Baird-Remba 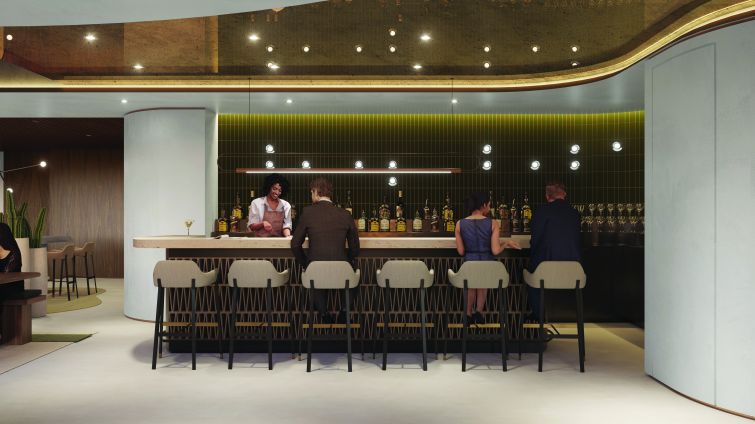 Before the pandemic, Jonathan Kaufman Iger set out to modernize his company’s headquarters building at 767 Third Avenue in Midtown East, an early 1980s office tower developed by his granduncle, Mel Kaufman. So he turned to the building’s original architect to replace the property’s wood paneling and brick floors with trendier alternatives.

FXCollaborative — which was then Fox & Fowle — designed the curved brick and glass structure at the corner of East 48th Street for the William Kaufman Organization in 1980. The 40-story building will keep its unique rounded facade but get some much-needed upgrades to its lobby, public plaza and upstairs amenity center.

“The design of the office building — with the curved brick facade — was not typical at the time,” said Guy Geier, an architect and managing partner at FXCollaborative who’s supervising the renovation. “It’s now something of an icon even though it’s been dwarfed by other things.”

Back in the late 1970s, the architecture firm wanted to create a lobby with a curved glass wall to mirror the curved facade of the rest of the building. But, at the time, artisans didn’t have the ability to manufacture curved insulated glass. Instead, the architects had the curved lobby walls constructed with dozens of small panes of glass framed by oak wood panels.

“If we had the technology then, we probably would do what we’re doing now, which is full-height curved glass with no framing,” Geier said. The new ground-floor facade “lets us create this total transparency on the ground floor, to see out and see through to the park next to the building,” he added.

After putting their plans on hold during COVID-19, Sage Realty — which oversees William Kaufman’s portfolio — is finally moving forward with the renovation plans. When the work is completed next year, the lobby will have floor-to-ceiling glass panels; a new round, concrete reception desk; gray terrazzo floors; new lighting; and updated elevator cabs. The elevator bank — which is visible in the lobby — is also being reclad in light quartzite stone that resembles marble. Other 1970s lobby finishes are being scrapped as well, including brick floors, oak wood furniture and opaque wooden revolving doors.

The property’s outdoor space is getting refreshed too. The public plaza beneath the building’s overhang will have its brick flooring repainted, and seating, tables and planters will be added to the currently vacant sidewalk. Sage will also update its adjoining pocket park with new seating and landscaping. And it will maintain what it claims is the world’s largest active chess board, which hangs on the exterior wall of an adjacent residential building overlooking the park. Tenants in 767 Third submit chess game solutions via Sage’s app, and maintenance workers “play” the game on a weekly basis by getting up on a cherry picker to move the pieces.

Iger explained that Mel Kaufman installed the chess board when 767 Third first opened in 1981.

“On the 36th floor, you have beautiful views of the river facing east,” he said. “And instead of staring out the window at a brick wall [on the lower floors], we wanted to make that wall beautiful and interesting to look at.”

Sage is also renovating and expanding the building’s seventh-floor amenity center. The new 8,000-square-foot space, designed by Fogarty Finger, will include a cafe and bar with an attached lounge, two casual meeting areas outfitted with armchairs and couches, a formal boardroom and a landscaped terrace. Work on the midcentury modern-inspired floor starts at the end of the month, and is expected to wrap by the end of 2022.