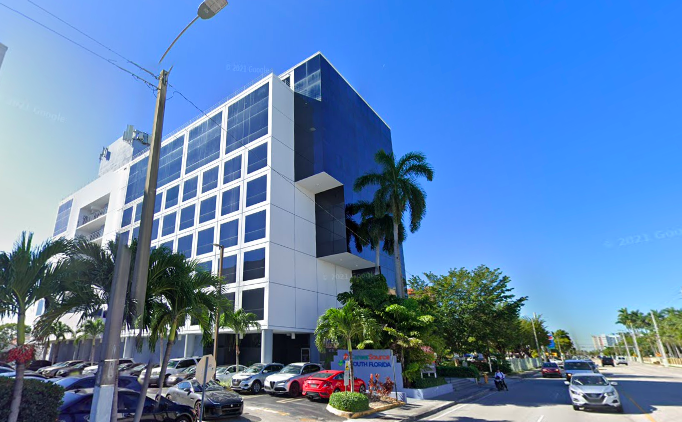 Valoro Capital, a private equity investment firm, has purchased a nine-story medical office building in Miami for $18 million, according to Avison Young.

The 82,298-square-foot building known as 50Forty on 7th is located at 5040 NW 7th Street,  south of Miami International Airport and near the Waterford office district.

The seller was Riverside 1031, an affiliate of Northeast Capital Group, which lists the property in their portfolio.

Northeast Capital Group acquired the property in January 2021 for $14.5 million, and will see a 25 percent appreciation in value over as little as 14 months through the sale. The property underwent significant renovations and retained 95 percent of its tenants over the last three years.

Northeast did not respond to a request for comment.

“Office buildings are seeing strong investor demand and appreciation right now,” Avison Young Principal David Duckworth said in a statement. “Rental rate growth has largely outweighed risks such as rising interest rates, and we have yet to see a slowdown in overall investor demand in South Florida.”

“Driven by an influx of out-of-state firms, average asking rents in the Miami Airport submarket have climbed to $39 per square foot as of first quarter 2022, a record high for the area but competitive when compared to nearby Coral Gables,” Crotty said in a statement.

The sale is indicative of an office market with significant momentum. In the first quarter of 2022, the Miami office market saw a contraction in office vacancy, ticking down to 16.5 percent from 16.9 percent at the end of 2021, according to Avison Young data.

Correction: an earlier version of this story named Valero Capital Partners as the buyer of this property. However, a firm by a similar name, Valoro Capital, acquired the property.