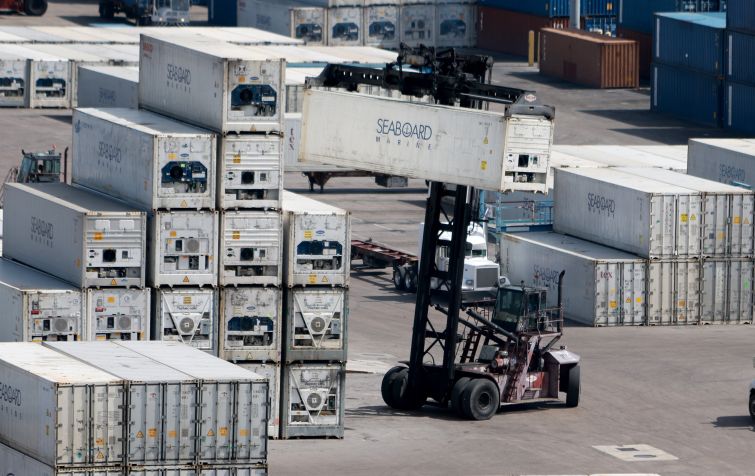 As the world continues to experience disruptions to the global supply chain, Florida’s ports have emerged as an alternative. South Florida in particular is ideally situated to provide relief to backlogged logistics networks while leading the state in economic expansion.

In the final quarter of 2021, Florida’s deep-water ports experienced no wait time offshore for cargo ships looking to dock there, whereas traditional routes through West Coast ports had cargo ships subject to more than a five-week wait time from the moment they arrived to when they could dock. Several shipping companies shifted ports of call and added stops in Florida over the last six months.

The speed of delivery through Florida, lack of labor issues at port operations, and the state’s growing consumer demand will naturally elevate the state’s profile in strained logistic networks. As this trend continues, it will positively support industrial expansion and bodes well for Florida’s booming industrial market overall, which closed out 2021 with a 4.6 percent vacancy rate and 24 million square feet (MSF) of positive absorption of space taken by tenants.

Trade through Florida’s deep-water ports adds to overall demand for more industrial space, which is driven by increases in population and significant tourist visitors to the state. And Florida continues to thrive in 2022 as one of the fastest-growing states in the nation, according to World Population Review.

In fact, supply dynamics added almost 17 MSF to warehouse/distribution inventory last year. Even though it is an inland market, Orlando, Fla., led all markets in new construction with 3.4 MSF delivered in 2021 due to its central location and ability to service the highest amount of population within a six-hour drive time.

For markets along the coast with port facilities, another 13.3 MSF of inventory was added. Port Miami, the closest port to the Panama Canal and the first one in Florida to handle larger Post-Panamax ships (larger vessels with carrying capacities between 85,000 and 110,000 deadweight tonnage that are designed to fit through the Panama Canal), had 2.5 MSF of new construction deliveries in 2021 with many tenants drawn to the region’s strong connections to international markets. Port Everglades, part of Broward County and Port of Palm Beach, had a combined 3.5 MSF delivered. In addition, all three South Florida counties had 5.8 MSF under construction.

Industrial leasing demand in the state increased by 38 percent from 2019, up by 11.5 MSF in the last two years. One change in demand through the pandemic was the increase in size needed by tenants. The state was not traditionally considered a major distribution market and developers only built 10 warehouses larger than 300,000 square feet from 2014 through 2019. During the pandemic, the same number of projects were built or under construction.

The main factor behind the increase in developing larger-sized buildings, and doing so at a faster pace, has been the growth of e-commerce. For South Florida, with its heightened population growth, uptick in tourism and strong consumer demand, space cannot be built fast enough to meet insatiable tenant demand. In 2021 in South Florida, 17.7 MSF was leased, and 11.3 MSF was absorbed by tenant move-ins.

For Florida’s ports, adjacent industrial markets will see improved fundamentals in vacancy, leasing, rental rates and heightened construction in 2022, which will position the state for another strong year. To meet rising demand for industrial space and to align infrastructure with the need to move goods, billions of dollars will be invested in capital improvements throughout the state to help alleviate existing bottlenecks.

It is worth noting that the recently passed U.S. Infrastructure Investment and Jobs Act will provide $550 billion in funding over five years to support the nation’s infrastructure and improve its competitiveness. Florida will receive billions in new investment.

The message here is clear: Florida, and the South Florida region in particular, has the resources and future investments lined up to meet growing demand while also ensuring speed to market and certainty of delivery.

Chris Owen is the director of Florida research for Cushman & Wakefield.