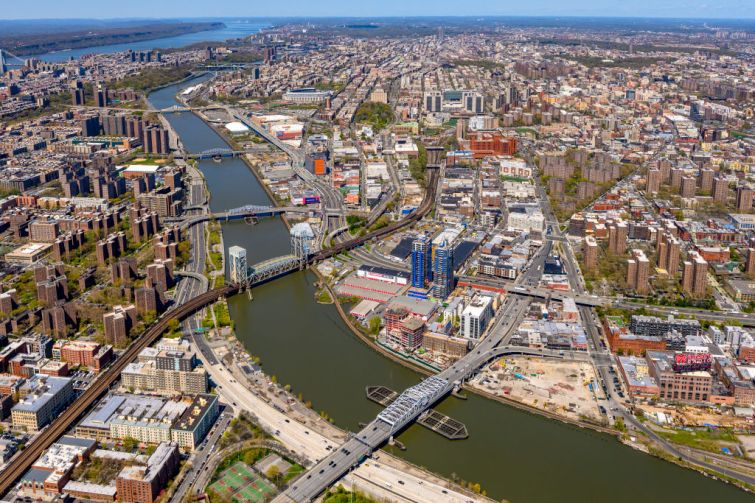 The South Bronx had the highest rate of delinquent mortgages of any neighborhood in the five boroughs. Photo: Photo by C. Taylor Crothers/Getty Images

More than 10 percent of homeowners in parts of the South Bronx and central and east Brooklyn were delinquent on their mortgages last year, according to new data from the Center for New York City Neighborhoods, which conducted an analysis of pre-foreclosure filings across the city.

The pandemic has exacerbated long-term economic distress in neighborhoods that were already hit hard by the foreclosure crisis of 2008, according to Ivy Perez, a senior policy and research manager for the nonprofit.

“These rates of mortgage distress are highest in areas that have had concentrated job and income loss among New Yorkers,” Perez explained. “The pandemic exacerbated a lot of pre-existing housing distress issues. Folks might be exiting forbearance and not resolving their arrears.”

Her organization used data from the Federal Reserve Bank of Atlanta and Black Knight, which collects information from mortgage servicers and lenders, to do a ZIP code-level analysis of mortgage delinquency in the five boroughs. These numbers represent homeowners who were at least 30 days delinquent on their mortgages as of September 2021.

Hunts Point in the South Bronx had the highest share of delinquent mortgages of any neighborhood in the city, with 13.5 percent of homeowners who owed a month or more of mortgage payments. Next up was eastern Bedford-Stuyvesant and Ocean Hill, where 12.4 percent of mortgages were delinquent. Then it was East Flatbush, where 10.7 percent of borrowers were 30 days behind or more, followed by two ZIP codes spanning Cypress Hills and East New York at 10.6 and 10.2 percent. There were three other neighborhoods at 10.2 percent—Mott Haven in the Bronx; Brownsville, Brooklyn; and Flatbush/Prospect-Lefferts Gardens in Brooklyn.

Citywide, roughly 4 percent of homeowners were delinquent on their mortgages. However, CNYCN found a long list of neighborhoods where at least 9 percent of borrowers were delinquent. In Queens, that included Far Rockaway, Queens Village, Jamaica and St. Albans, and, in the Bronx, Charlotte Gardens/Tremont and Soundview. In Brooklyn, Canarsie and eastern Crown Heights also made the list.

The nonprofit argues that the state and the city could help homeowners by funding foreclosure prevention services for homeowners, legalizing basement apartments, and permanently canceling the city’s tax lien sale.