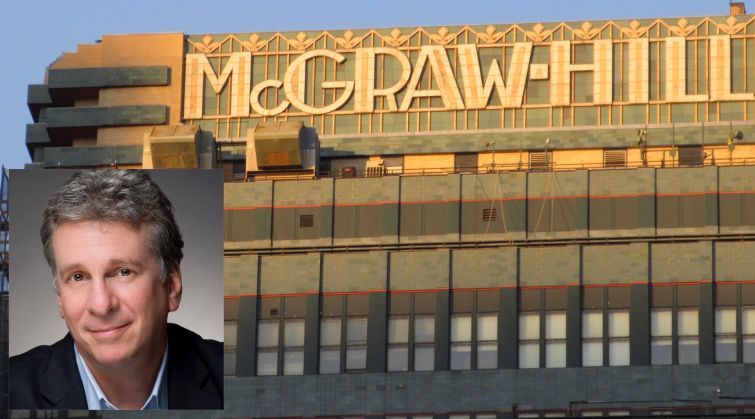 Gerard Nocera has not taken lightly the opportunity to bring the McGrawHill Building out from the dark ages of its 1980s renovations and restore it to some semblance of its past glory.

A managing partner at Resolution Real Estate, Nocera has been at work since before the pandemic on a mission to make the 33-story, 680,000-square-foot office building at 330 West 42nd Street, designed in the 1920s by architects Raymond Hood and J. André Fouilhoux, tenable for 21st-century businesses with 21st-century concerns.

The New York City Landmarks Preservation Commission (LPC) deemed it worthy of saving in 1979 in recognition of the contributions of media pioneers James Herbert McGraw and John Alexander Hill, who had the tower built to house the offices of their McGraw-Hill Book Company.

Resolution, ​​the asset manager on behalf of the ownership group known as Deco Tower Associates, started a gut renovation of the tower to modernize it in 2020. Leases were terminated to make way for the makeover and new leasing efforts have not yet commenced.

Commercial Observer sat down with Nocera to talk about renovating the historic property.

Give us an idea of the scale and importance of this project.

I think what makes this project different for me is that the McGraw-Hill Building is a very, very special building in New York history because of its location, what it stands for as an iconic part of the skyline. It’s a very historic architectural building as well.

So it’s really rewarding to get involved in a project that both transforms and honors the history of a building at the same time, bringing it from the 1920s into modern standards and creating a product that’s probably one of the best out there coming to market of its kind.

What are some of the design features that set this building apart?

[Hood] also did the Daily News Building. So when you look at that building it’s very vertical, right? The pylons run all the way up and down and your eye goes up and down. The McGraw-Hill Building was [instead] a horizontally conceived asset with a window band around the entire facade all the way up. It is around 360 degrees covered with windows.

We’ve replaced the entire building’s HVAC system — improving air quality and thermal control — and we’ve installed all new fully operable windows, which bring in a lot of natural light. The exterior of the building is landmarked but not the interior. So everything that we do on the outside has to be approved by [the LPC] and we have a very good working relationship with them. We worked very hard with them to create a design in the lobby that is new but pays homage to Hood’s original version.

Tell us about some of the hurdles you had to overcome with the renovation.

Preservationists were trying to point to the old lobby, which was redone in the 1980s, as something that should have been preserved. Landmarks three times said no over the course of years. The problem [was] the last lobby renovation that the old owners did almost completely destroyed the original Hood design, and, when I say almost completely, probably 90 percent was destroyed.

So Landmarks said, ”No, this is not preservable and shouldn’t be honored.” [The LPC] worked closely with us on our design, which captures that banding from the exterior and brings it back into the lobby, again paying homage to Hood’s original design. We opened up the ceilings from the ground floor to the second floor and the ground floor to the lower level, where our amenity centers will be.

What can commercial tenants expect in the building apart from the restaurant, the gym and the clinic?

[The spaces] sell themselves, particularly with the band of glass all the way around and when you get up top the views are spectacular. When you walk into our lobby, you’re going to come in on your left, the reception area. But on the right of the lobby is a big open seating area that has a grab-and-go section that will be partially dedicated to outside use, but mostly caters to the inside and is primarily for our tenants — it’s going to be a lobby tenants will gravitate toward and will want to hang out in.

How has your career thus far prepared you for a project of this size?

I’ve got my background with redevelopment, mostly in my 20 years with SL Green [Realty Corp.], where we did everything from 100 Park [Avenue], down to very small buildings on the side street. My building, 251 West 30th Street, was a template and is very similar to this project without the historical architecture, but was also a complete gut. We look at ourselves as you know, Hudson Yards north — we are the north piece of that whole West Side development and as that begins to fill in over the next five and 10 years, the McGraw-Hill location is just going to be smack dab in the middle of everything.