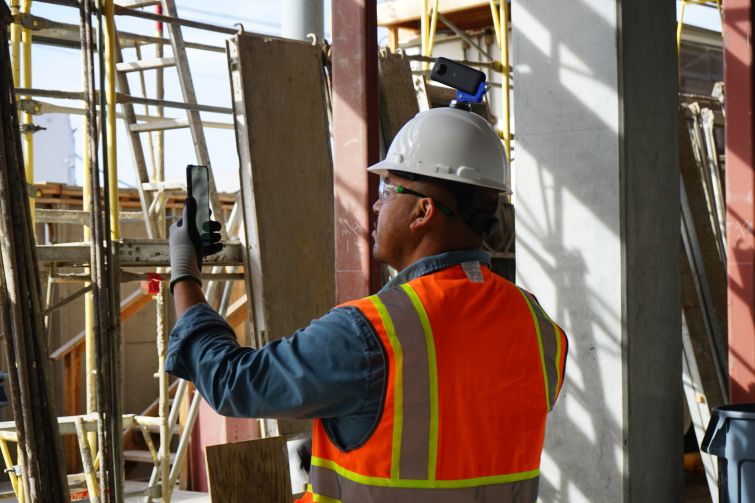 The latest funding for the San Francisco-based startup founded in 2017 will be used to expand OpenSpace’s fast-growing global platform, according to OpenSpace CEO and co-Founder Jeevan Kalanithi.

“We’re in 75 countries right now in terms of customer projects and on seven continents,” Kalanithi said. “There’s a project in Antarctica that is using OpenSpace, an airfield they’re building, so that’s pretty cool. Next up is the moon, I guess.”

“We have a very simple, reliable tool that solves a critical, uncomplicated problem, which is, ‘what is happening on the project?’ We have made an experience that is easy, fast and reliable,” Kalanithi said. “People have been needing to document what’s going on with their projects since civilization started and they’ve been doing so with cameras since they were invented. All we have done is use the latest computer vision and AI technology to make that process 100 percent comprehensive and extremely easy.

“We are a visual platform, an image-first platform. As one of our [U.S.] customers was joking with me, ‘What I like about OpenSpace is that you can be illiterate and use it.’”

Secondly, OpenSpace “is pretty universal,” Kalanithi said. “The problems that people experience in constructing and maintaining buildings and infrastructure are things everyone shares. We had a lot of customers outside the U.S. that were wanting to use the technology before we even had any international teams. It was all inbound [demand]. For us that was a good clue that we could be international sooner rather than later.”

PSP Growth’s investment in OpenSpace came about in part through its component real estate group, which is a customer of the proptech company in its development work, said Momei Qu, a managing director at the growth fund.

“PSP Growth invests in general technology companies,” Qu said. “So we have the intersection of proptech and construction. After reviewing hundreds of construction technology businesses we know how rare it is to find a company with OpenSpace’s caliber of team, technology and exceptional commercial success.”

“From our vantage point of investing in and building enduring businesses in both real estate and high-growth technology companies, we see OpenSpace as a leader at the intersection of these segments,” Penny Pritzker, founder and chairman of PSP Partners and former U.S. secretary of commerce, said in a statement. “We are incredibly bullish on the company’s future and are excited to help fuel their growth.”

OpenSpace uses an off-the-shelf, 360-degree hardhat camera to visually capture the construction site. It then uses AI to stitch images together to create a Google Street View-like digital twin that documents and automatically analyzes the building progress over time using computer vision, according to the company.

Valued at $902 million, OpenSpace says its revenues have doubled or tripled each year since its founding. The company has raised $157 million in funding.