The apartments are in two properties, one in Hollywood and one in Brentwood. 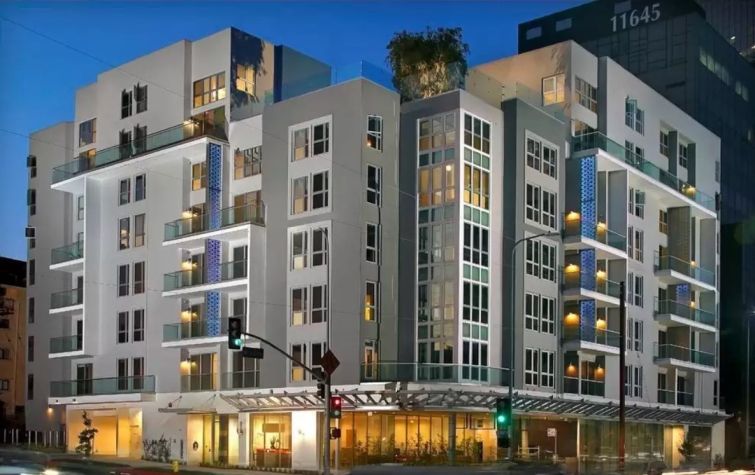 The BW is a 78-unit mid-rise community in Brentwood on L.A.’s Westside. photo: Mesa West Capital

The apartments are in two properties, one in Hollywood and one in Brentwood. The HW in Hollywood is a low-rise boutique property with 79 units on Hollywood Boulevard, between Laurel Canyon and Fairfax Avenue. It features a mix of one- and two- bedroom floorplans ranging in size from 698 to 1,360 square feet.

The BW is a 78-unit mid-rise community in Brentwood on L.A.’s Westside, located at the northeast corner of Barrington Avenue and Wilshire Boulevard. It includes one-, two- and three-bedroom units, as well as a gym and a ground-floor restaurant operated by chef Ramin Nouri.

Mesa West’s Josh Westerberg said the properties stand out among the multifamily inventory in the two submarkets, which are mostly comprised of older product.

“Both properties are located in strong pockets of Los Angeles with high renter demand,” Westerberg said.

Mesa West has sourced and closed more than 300 transactions totaling over $20 billion since it was founded in 2004. L.A.-based California Landmark Group has a portfolio of more than 2,000 units leased or in development, as well as office, retail and industrial projects throughout Southern California.