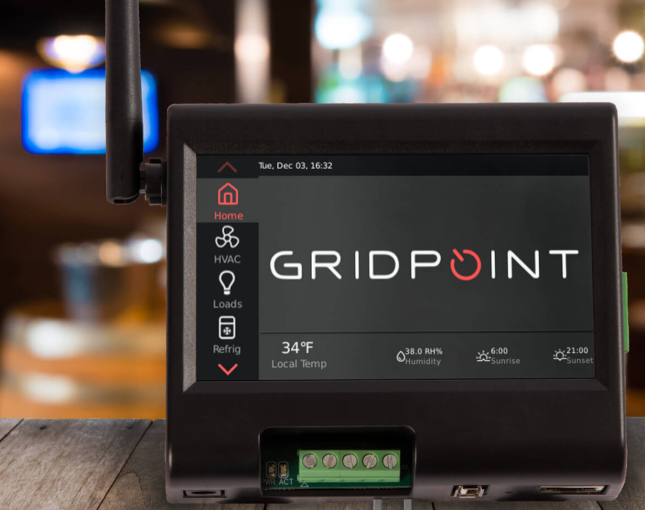 Drawing on longtime relationships in the equity and corporate venture capital worlds, GridPoint, a building energy management and optimization technology that decarbonizes commercial buildings, announced Tuesday that it has closed a $75 million investment round.

Goldman Sachs Asset Management led the round, with Shell Ventures, another veteran investor in GridPoint, also participating, according to a statement from GridPoint.

“We are delighted to have the support of Goldman Sachs in the round and on the team with us as we accelerate the energy transition,” said Mark Danzenbaker, CEO of Reston, Va.-based GridPoint. “They are very focused on making these kinds of investments or bets on the future of sustainability. I think it’s notable that they are investing into the space and specifically into GridPoint.

“This kind of business model and market focus on a distributive future. That’s what they believe in and what they see happening. They see opportunity in the energy transition, which is why they’re on top of it.”

Shell’s global corporate venture capital arm, Shell Ventures, wants to advance innovative technologies and new business models that have the potential to accelerate the energy transition, according to the funding announcement. It partners with companies that help lower emissions, electrify the energy system and increase data-based insights. The investment from Shell Ventures advances further Shell’s existing relationship with GridPoint as a channel partner.

Founded in 2006, a large part of GridPoint’s technology is focused on decarbonizing buildings. However, Danzenbaker said it was too limiting to call it “just a proptech company.”

“Our mission is all about accelerating the energy transition,” he said. “The big idea here is that we must do a lot of things with the energy transition, but one of the things you absolutely must do is tackle commercial buildings across the globe. Our vision is to build this network of intelligent buildings on the GridPoint intelligent network, in order to help accelerate that transition for the end customer. Not just for the end customer, not just the commercial building, but for the grid and the utilities, which are interconnected.”

GridPoint will use the most recent funding to grow its software as a service, or SaaS, and hardware platform, said Danzenbaker.

“We are going to invest in a lot of key areas,” he said. “We’re going to add new types of subscriptions and invest heavily in product. We’re going to invest heavily on the revenue side of the equation to grow the company considerably. We’re investing on the marketing side as well, but the lion’s share of it is focused on new markets, technology, subscription offers, verticals, partnerships — growth, growth, growth, because we feel like we have the right core tech and the right business model that makes it easy for customers to jump on.”