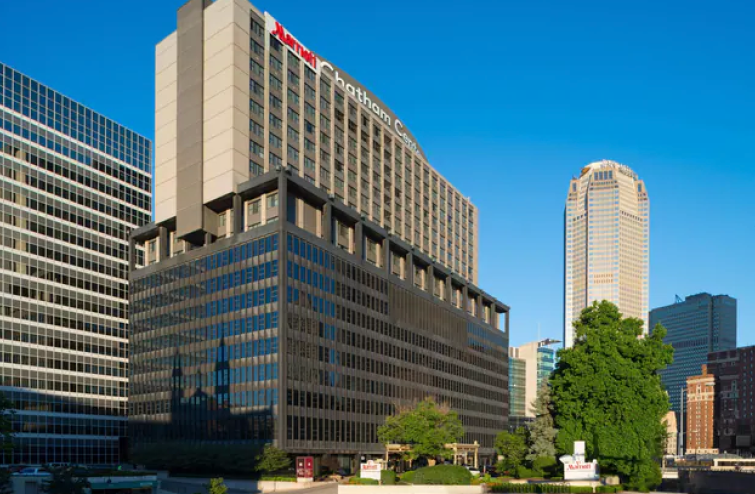 The largest lodging disposition in February was the $40.8 million note sale of a mortgage secured by Marriott – Pittsburgh, which was sold at an $8.2 million loss, equal to a 20.4% severity. Photo: Marriott

“In February 2022, CMBS conduit transactions incurred approximately $150 million in realized losses through the workout of distressed assets,” wrote Marc McDevitt, a senior managing director at CRED iQ. “CRED iQ identified 18 workouts that the servicer classified as dispositions, liquidations or discounted  payoffs. Of those 18 assets, there were five dispositions that had either a nominal loss or no loss at all. The remaining workouts resulted in loss severities ranging from 2.5 percent to around 88 percent, based on outstanding balances by disposition. Total realized losses in February were an increase compared to January’s totals of approximately $108.5 million.

“The largest loss, by total amount and by loss severity, was the liquidation of the Three office buildings located in the Energy Corridor of Houston. The property was vacant at the time of sale and future plans for the property centered around a conversion to multifamily use.

“The real estate-owned (REO) liquidation resulted in a $67.4 million loss on an outstanding balance of $76.3 million, equal to an 88.3 percent loss severity. The loss was allocated to the  GSMS 2014-GC20 CMBS conduit transaction, which has been under a Control Termination Event since May 2021 that allows the trust’s  operating adviser to consult on a non-binding basis with special servicing major  decisions.

“More than half of the dispositions in February comprised lodging collateral. Loss severities for the lodging assets were comparatively lower than the period’s retail and office dispositions. Lodging loss severities from the period’s distressed workouts ranged from 0 percent to 32.5 percent. The largest lodging disposition was the note sale of a mortgage secured by Marriott – Pittsburgh. The $40.2 million loan was sold with an $8.2 million loss, equal to a  20.4 percent severity.

“Notable among the retail liquidations were two regional malls — Gallery at South Dekalb and Anderson Mall. Both assets had loss severities in excess of 60 percent, exhibiting the  extreme binary nature of distressed workouts  for impaired lower-tier regional malls. Prior to their respective liquidations, both malls were foreclosed and became REO in 2021.

“The largest individual loss from last month was $62.7 million, equal to a 73.6 percent loss severity, and stemmed from The Crossroads, which is also a regional mall. February 2022 Distressed CMBS Workouts discounted payoffs. An additional 6 percent of the loans paid off with prepayment penalties.

“By property type, industrial dominated the volume of outstanding debt paid off in February with Blackstone’s retirement of a $2.8 billion mortgage. This loan was secured by 272 industrial properties formerly owned by Colony Capital.”