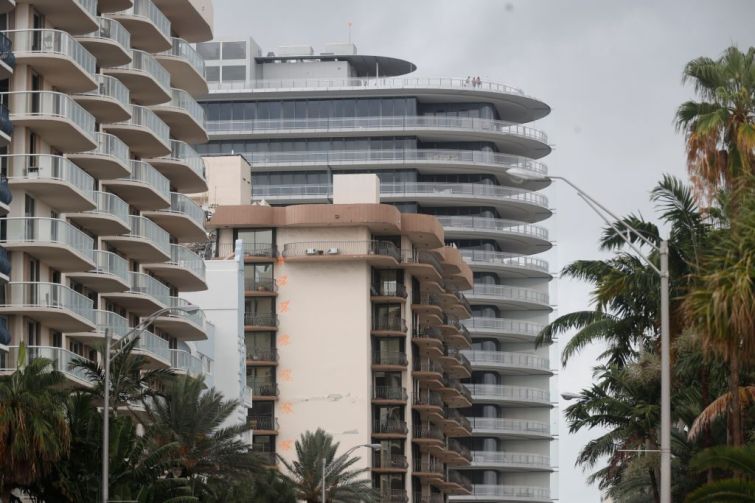 There were several important developments in the ongoing legal drama surrounding the collapse of the Champlain Towers South condominium this week.

The plaintiffs in the class-action suit against a variety of parties associated with the condo, are closing in on $138 million in two separate proceedings, as the first legal settlements over the deadly building collapse near resolution.

Earlier this week, Miami-Dade Circuit Judge Michael Hanzman tentatively approved an $83 million deal to settle property claims among those who lost property in the tragedy, while leaving additional proceeds for wrongful death claims. The deal was mediated between different classes of plaintiffs, which include unit owners, the families of deceased unit owners and the families of victims who were not owners. The final judgment is expected on March 30, when victims can voice their objections during a court hearing.

The funds stem from the insurance policy of the Champlain South condo association, which is expected to provide about $30 million, and the upcoming sale of the building’s now-vacant site. An auction is slated for the end of April with bids starting at $120 million.

Another settlement, still pending Hanzman’s nod, comes from three of the defendants. It totals $55.5 million, all paid by the defendant’s insurance policies.

The law firm that represented the condo association of the fallen Champlain building, Becker & Poliakoff, will pay $31 million. The engineering firm that the condo association had hired to inspect the building ahead of its recertification, Morabito Consultants, is slated to pay $16 million. The structural engineer of the luxury condo next door to the Champlain building, DeSimone Consulting Engineers, has agreed to pay $8.5 million.

Representatives for Becker and DeSimone said the agreements were not an admission of guilt.

The remaining defendants from the initial suit filed in November have agreed to mediate claims, which Hanzman described as “encouraging news” in a hearing Wednesday. Meetings, where all insurance carriers will be present, are scheduled for April 27 and 28.

The remaining defendants include David Martin’s Terra and firms that the developer hired, general contractor John Moriarty & Associates and geotechnical engineer NV5. The suit alleges that the construction of Terra’s luxury condo Eighty Seven Park next door to the Champlain building contributed to its demise. Terra has denied liability.

Since Piazza ceded control of the association last year before the collapse, the suit essentially goes after the unit owners of Eighty Seven Park, not Terra, Harvey Tropin, a lawyer for the plaintiffs acknowledged in the Wednesday hearing.

Lawyers for the plaintiffs launched lawsuits not only in function of the evidence — but also over which “claims would bring dollars into the estate to compensate the victims,” Tropin added.

Since the condos in Eighty Seven Park sell for millions of dollars, its residents are undoubtedly deeply pocketed. Both Condé Nast International’s chairman, Jonathan Newhouse, and controversial tennis star Novak Djokovic each sold their units for $6 million shortly before the collapse. Word-renowned architect Renzo Piano designed the 66-unit building.

Besides Terra, another developer may enter the picture. While combing through the discovery evidence, lawyers for the plaintiffs said they found documents that mention Bizzi & Partners Development, a New York-based firm that identifies distressed properties, as an owner and partner of the Eighty Seven Park development.

Hanzman ordered Bizzi & Partners to hand over all documents pertaining to Eighty Seven Park to the plaintiffs’ attorneys.

A representative for Bizzi & Partners did not immediately respond to a request for comment.

Julia Echikson can be reached jechikson@commercialobsever.com.