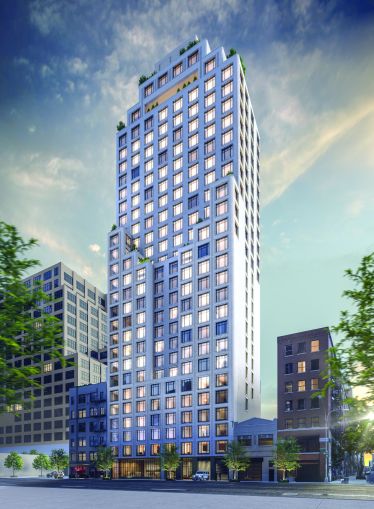 New Yorkers buying into new developments in Manhattan have experts feeling as though the market is stabilizing after two years of upset by the pandemic.

A monthly contract analysis by Brown Harris Stevens Development Marketing shows a 10 percent increase in contract activity in February and a 29 percent uptick in sales volume from January.

February saw 161 contracts signed totaling $627.3 million, a decrease of 5 percent in contract activity and a 6 percent decrease in total sales volume from February 2021, and that is not necessarily a bad thing, according to a Brown Harris Stevens analyst.

Laura Tomana, vice president of research and market analytics at Brown Harris Stevens Development Marketing, told Commercial Observer that the year-over-year decline is an indicator that developers of  new buildings are shifting away from offering pandemic-era discounts and concessions — which ranged from 6 to 9 percent — to sweeten deals.

“We’re continuing to see strength in the market and growth across the board in the new development side of things,” Tomana said. “We’re seeing price points increase and concessions dwindle away, [with] very little room — if any room — for negotiations. A lot of money was built up over the last two years. People are still willing to buy and pay a premium for space, prime buildings, for amenities and for location.”

The pandemic did bring an increased requirement for space, indoors and outdoors.

Up to 29 percent, or 46 units, signed last month had outdoor space, an increase of 26 percent from January, per Brown Harris Stevens Development Marketing data.

“We’re seeing buyers want more space and want outdoor space, but there’s also this segment of the market that went on pause for a year and a half: those are studio and efficient one-bedroom apartments,” Tomana said.

One-bedroom apartments in Manhattan’s new developments comprised 23 percent of contracts signed, followed by four-bedrooms at 8 percent, studios at 4 percent and five-bedrooms at 1 percent, according to Brown Harris Stevens Development Marketing.

“Nearly half of the contracts signed in February were between $1 million and 3 million, down from 57 percent last month, demonstrating an increase in buyer demand for higher-priced units and steady absorption of product at this price point,” Stephen Kliegerman, president of Brown Harris Stevens Development Marketing team, said in a statement. “The four-bedroom activity was robust, and achieved over $3,000 per square foot.”