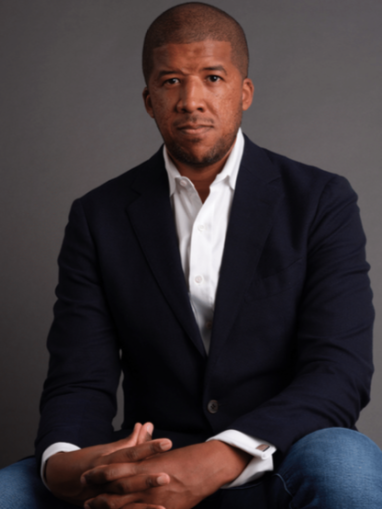 Since co-founding Saltbox in 2019, Tyler Scriven has grown the co-warehousing business into a pioneer in the industrial sector

The Atlanta-based company has opened five facilities offering flex warehouses with modern amenities for small business and e-commerce merchants with plans to grow threefold in 2022, targeting 15 to 18 locations by year-end. Its real estate strategy includes a combination of buying and leasing through partnerships with institutional real estate investors.

After opening a 45,000-square-foot facility in Torrance, Calif., just outside Los Angeles last November, Saltbox debuted its latest and largest complex measuring more than 102,000 square feet in Denver’s Park Hill neighborhood in December. Another Los Angeles location is slated to come this year and the company will make its entry into the Washington, D.C., region with a 45,407-square-foot lease at 4700 Eisenhower Avenue in Alexandria, Va.

The co-warehousing centers are designed to aid a variety of industries, though more than 70 percent of Saltbox’s clients are e-commerce companies that sell physical goods directly to consumers. Half of Saltbox member businesses are also led by women or people of color.

Scriven co-founded Saltbox with Maxwell Bonnie and Paul D’Arrigo after previously spending a decade working in the tech sector. He spoke with Commercial Observer about his motivation to launch a co-warehousing business, how the COVID-19 pandemic has affected demand and near-term growth targets.

The following has been edited for clarity and brevity.

What was the initial spark to try and grow the co-warehousing concept?

The initial spark was a pain that I experienced myself. I spent a number of years at a big technology company called Palantir, but in 2016 I actually ended up acquiring a small consumer product goods business that was a retailer and had a burgeoning e-commerce business as well, and I really dug into that company and was frankly, just shocked by how difficult it was to handle all of the logistical aspects of the business. It was those early pains of my own that eventually motivated me to start Saltbox.

What role has the pandemic played In growing demand for co-warehousing?

The pandemic has accelerated the adoption of e-commerce at large, but that was inevitable, since the growth was clearly there. In the scheme of things I actually don’t consider the pandemic to be consequential to our business, at least not in a positive way. If anything, acceleration has actually disrupted the balance of the ecosystem such that what before the pandemic was a pretty meaningful imbalance of industrial inventory to demand, is now a very dramatic imbalance and I think no one benefits except for perhaps the asset owners.

You’ve got a variety of different industries that have been seeking out this co-warehousing space in your portfolio. Is there any in particular one that has really stood out?

Ultimately what we are providing is this hyper-flexible, modern, turnkey logistics infrastructure. That begins of course with the physical space, but extends into our labor offering, and even into our services layer with fulfillment and other logistics services that we’re beginning to layer on. That being said, the core customer that I think we’re able to create value for is a long tail e-commerce merchant, of which there are literally hundreds of thousands.

But that being said you also see a wide variety of companies at Saltbox. In the past two weeks, as I’ve spent time at different locations, I met an interior designer, an equipment rental company,  a janitorial company. But the single thing that these companies have in common is that they all need to be as we say, logistically enabled. They require warehousing, they require logistics services in order to most efficiently operate their businesses. In that way, Saltbox is as valuable of a solution to the AV rental guys as we are to the pure-play e-commerce merchant.

Almost a year ago you raised $10.6 million in a Series A round of financing. How has that aided your expansion efforts?

For a company like ours that’s trying to grow quickly, access to venture capital is essential because we are constantly investing ahead of the curve. To illustrate that, we began this year with five Saltbox locations open across the country; we expect to end this year with somewhere on the order of 15 to 18 locations. That venture capital, in particular our Series A investment, has allowed us to really lean forward and make those forward-looking investments that are required to be able to support that pace of growth.

You recently opened your fifth location in Denver to go along with Atlanta, Dallas- Fort Worth, Seattle and L.A. What do you look for when you seek markets to target?

There are two ways in which we look at a new location and think about the value of that incremental location to our business. On the one hand, we look at it as a single node in our network that has utility to the customers in that market. What I mean by that is we want to be close to the customer, which means that we don’t want to be in the middle of nowhere where most warehouses are. We want to be in the urban and suburban core, because that’s where people live and that’s where they want to spend their days. In Los Angeles, for example, we’re in Torrance, which is just a few minutes south of the airport, which is very convenient as opposed to being in a more traditional industrial pocket. That’s one orientation which is this human-centric orientation of Saltbox, which says go to where the people live effectively.

The other orientation is one where you consider Saltbox as a logistics network. One of the things that we’ve done within our locations is added these micro-fulfillment centers within them. And so now every new Saltbox has a micro-fulfillment center within it and you can think of those as being these individual nodes that facilitate fulfillment in addition to the workspace business. From that perspective, we are thinking very actively about the location of those nodes and the degree of coverage it gives us to build out our fulfillment network.

You mentioned earlier that you’re hoping to grow to between 15 and 18 locations by the end of the year. Are there any specific markets you can share that are part of this year’s growth plans?

Washington, D.C., more specifically Alexandria, Va., will be opening later this year. A second location in the L.A. metro area in Duarte, a second location in Seattle. Many of those locations are already under development. The Alexandria location we’re very excited about. It will be our first in the D.C. metro area, and we expect that location to open sometime in late Q3.

What people know about us today, principally is our workspace business, but we are very quickly growing our logistic services business as well and that is a critical aspect of the whole strategy here. We’re not interested in just providing physical space, we’re interested in being the go-to logistics enablement partner for members, specifically one that they can start with from the very earliest stage of their journey and scale with to significant scale.