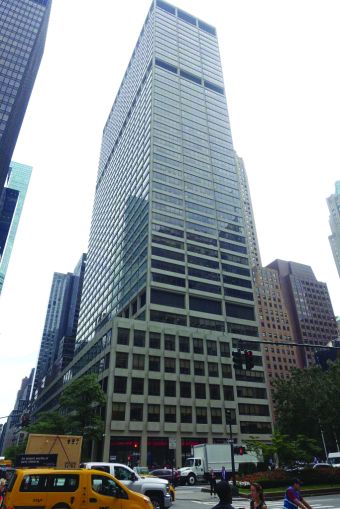 “Office collateral has been one of the more heavily scrutinized property types in CMBS over the past year given the ever-evolving dynamics of remote work and businesses’ evaluations of the need for physical space,” wrote Marc McDevitt, a senior managing director at CRED iQ.

“The adverse impacts from the pandemic on lodging and retail were severe and immediate but both sectors recovered substantially over the past 18 months. Conversely, the office sector has been relatively less impacted, and distress has been concentrated in specific sets of factors such as location, class, vintage or some combination thereof.

“CRED iQ’s Distressed Rate for Office CMBS collateral stood at 3.67 percent as of January 2022 and has increased for three consecutive months. The distressed rates for retail and lodging properties have exhibited a clear downward trend in 2021. That variance in distress among property types can, in part, be attributed to the length of leases for each property type sector.

“Lodging properties have nightly or weekly rentals, and in-line tenants for retail properties generally have lease terms ranging from two to five years. Lease terms for office properties are typically longer than retail properties and can be 10 years or more in length. Of course, with the uncertainty that a pandemic brings, there has been evidence of pressure for shorter lease terms across retail and office.

“There is generally a longer amount of time required for an office property’s tenant roster to roll over compared to other property types. Examining lease rollover trends is one of many tools we have to identify when and where the next pocket of office distress may materialize. CRED iQ examined over 23,000 major leases in CMBS office and mixed-use collateral properties. For this exercise, all leases that were among the five largest by percentage of net rentable area (NRA) for a particular building qualified as a major lease.

“There are some caveats to these figures — underlying data by its nature is historically imperfect, and may not reflect the most recent extensions that tenants may have executed. A pertinent example is one of the biggest leases within the subset that is scheduled to expire in 2022 — JPMorgan’s 780,000-square-foot lease at 245 Park Avenue in Manhattan. The lease is scheduled to expire in October, but the majority of the space will not be hitting the market anytime soon because JPMorgan had been subletting to Société Générale. At lease expiration, a direct lease will take effect with the subtenant for a 10-year term with two five-year extension options.

Lease expirations can have several possible outcomes for office landlords. From a positive perspective, a renewal or new direct lease may allow rents to rest higher if market conditions are favorable. However, high vacancies and downward pressures on rental rates may lead to reductions in cash flow and subsequent distressed scenarios.

“Taking a closer look at lease rollover in 2022, CRED iQ also examined major lease expirations based on geographic concentration. The New York-Northern New Jersey-Long Island metropolitan statistical area (MSA) had the highest number of expiring leases and the most amount of square footage expiring in 2022 with over 300 expiring leases totaling more than 10 million square feet.