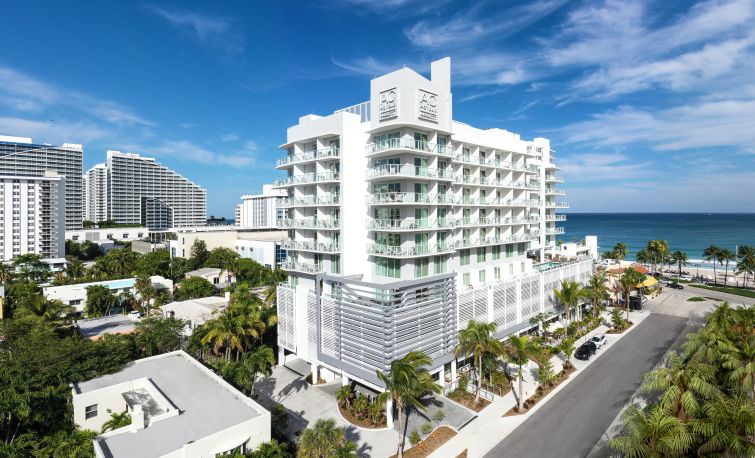 The joint venture developed the AC Hotel by Marriott Fort Lauderdale Beach, a 171-room hotel located at 3029 Alhambra Street. The resort is situated in the city’s downtown, along a strip of luxury hotels, such as W Fort Lauderdale and Ritz Carlton Fort Lauderdale.

Only last week, the 10-story resort scored a temporary certificate of occupancy, making it safe to inhabit, the pair announced. A planned opening for this week appears to have gone ahead. The hotel’s website offers bookings starting at $400 a night for this week.

Key and Wexford purchased the site for $9.6 million in 2016, per records. Three years later, the joint venture nabbed a $43 million construction loan from Spanish bank Banco Sabadell. The sale this week equates to $434,500 per room.

Despite the trade, the two companies are once again teaming up. They, along with Stephen Ross’ Related Companies, bought two, Class B offices in Downtown West Palm Beach for $35 million earlier this month.

Based in Miami, Key owns a slew of South Florida properties, including Marriott Stanton and Eden Roc, both Miami Beach hotels, and has developed Miami condominium towers, 1010 Brickell and The Ivy. Wexford, headquartered in West Palm Beach, says its portfolio exceeds $1 billion, comprising more than 50 investments throughout the U.S. and Canada. A spokesperson for the joint venture did not immediately provide comment.

The buyer, Dynamic City Capital, is based both in Utah and California and specializes in hotel ownership. A representative for the company did not immediately respond to a request for comment.